After Iraq invaded and then occupied Kuwait during the summer of 1990, the United Nations Security Council approved Resolution 660 which demanded Iraq withdraw from Kuwait. Days later, once it became apparent that Iraq had no intention of complying, an embargo designed to prevent trade with Iraq (Resolution 661) came into force. That also failed to pressure Saddam Hussein into withdrawing his forces from Kuwait. The United Nations then mandated on-the-ground use of force (Resolution 678) against Iraq if it did not comply with the UN Security Council’s previous resolutions. Canada, committed to restoring peace in the Middle East, responded by joining the coalition and sending four thousand members of the Canadian Forces (CF). This action was named Operation FRICTION. The CF were going to war for the first time in forty years. 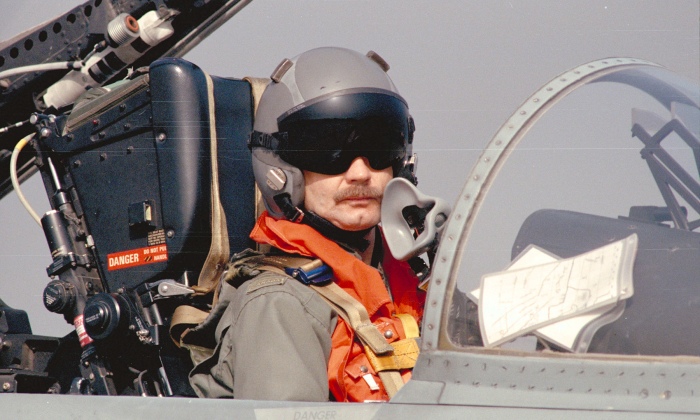 While the Canadians stationed in Kuwait were mainly responsible for protecting the Coalition warships in the Persian Gulf from the Iraqi Air Force, thirty-six Canadians played an active combat role. Between February 24 and 28 the Desert Cat Squadron (No. 439) carried out 56 bombing missions and dropped over fifteen thousand tons of high explosives on the Iraqi army. Low cloud coverage meant that the CF-18 Hornet pilots were often forced to rely on radar to find their targets and never saw the destruction wrought by their missiles. Despite the fact that the CF-18 pilots were often targeted by enemy anti-aircraft artillery and forced to take evasive measures they all managed to escape unscathed, and the Canadian Armed Forces did not suffer any casualties during the Gulf War. 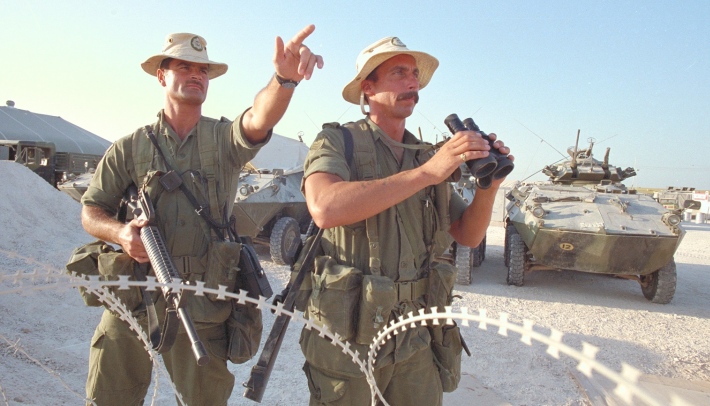 After the war the Canadian Armed Forces stayed in the area to support the United Nations’ Iraq-Kuwait peacekeeping mission by monitoring the demilitarized zone between the two countries and clearing land mines. In addition, a Canadian field hospital was set up to treat wounded Coalition and Iraqi soldiers.

It is also important to note that this was the first time where Canadian women served in a combat role within a conflict area. One of the women was Bettina Fuchs. Read about her here: Veterans.gc.ca.

To learn more about Operation Friction (and Desert Shield), please see Veterans Affairs or the Government of Canada.