Though you may not see it, you depend on a variety of computer network systems every day.  If those systems were unavailable or not working properly, it would surely impact your life in ways you might find hard to predict.  While you might be able to live without your smartphone or gaming console for a day or two, could you live without the electricity necessary for operating your lights, stove, refrigerator, and microwave?  What would happen if you or your loved ones couldn’t access their money through the bank to pay for essentials like food?

Societies around the world were faced with this challenge at the end of the 20th century.  Storage space was limited in the first computers and as a consequence most of the earliest computer programs used a shortened two-digit code to express the year instead of the full four digits.  For example, the year “1991” would be shortened to “91”.  As the year 2000 approached, computer programmers, government leaders, and ordinary citizens around the world became worried about what would happen when the year 1999 (represented in most computer systems as “99”) became 2000 (represented as “00”).  How would these programs react if they didn’t know whether the year was, say, 1900 or 2000?  Would the electrical grid function? Would bank account balances be calculated correctly?  This design flaw became known as the Year 2000 Bug (Y2K Bug). 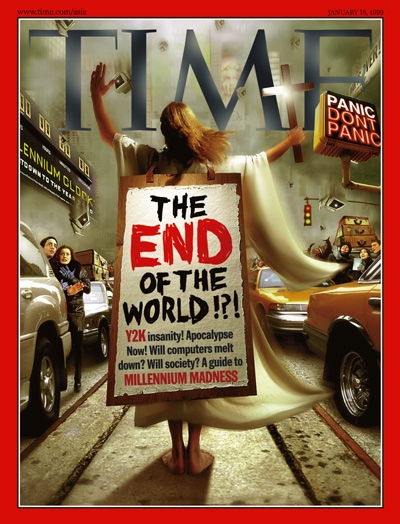 In response to these potential future events the Canadian Armed Forces (CAF) initiated Operation ABACUS, the name being chosen in recognition of the ancient arithmetic machine which everyone hoped they would not need to use following Y2K-caused system crashes.  During the years prior to the year 2000, billions of dollars were spent creating contingency plans and testing electronic systems; thousands of programmers worked tirelessly by pouring over unending lines of computer programming code in order to replace the two-digit year abbreviation with the full four digits.  By the winter of 1999 the Y2K Bug had been removed from most computer systems, but the complexity and interconnectedness of these systems made hard it to know what, if anything, had been missed.  In fact no one really new what would happen when the clock struck midnight on New Year’s Day, 2000.

On Dec. 31, 1999, ten thousand Canadian soldiers were on alert, ready to help respond to any emergencies.  Because there was no clear threat, such as a fire or flood, to respond to, and the possibility that the computer systems used by the Canadian Armed Forces would also be impacted by the Y2K bug, the soldiers, sailors, and airmen at the ready had to be prepared to respond to anything.

Fortunately January 1st, 2000, arrived with awe-inspiring fireworks around the world and few computer problems. Life continued as normal. Sometimes, the best military operations are those that never actually happen.

See this National Geographic article for a more detailed article describing potential impacts from Y2K or read the post-Y2K Thank You sent to the Defence Team by the Chief of the Defence Staff (Baril) and Deputy Minister Judd.