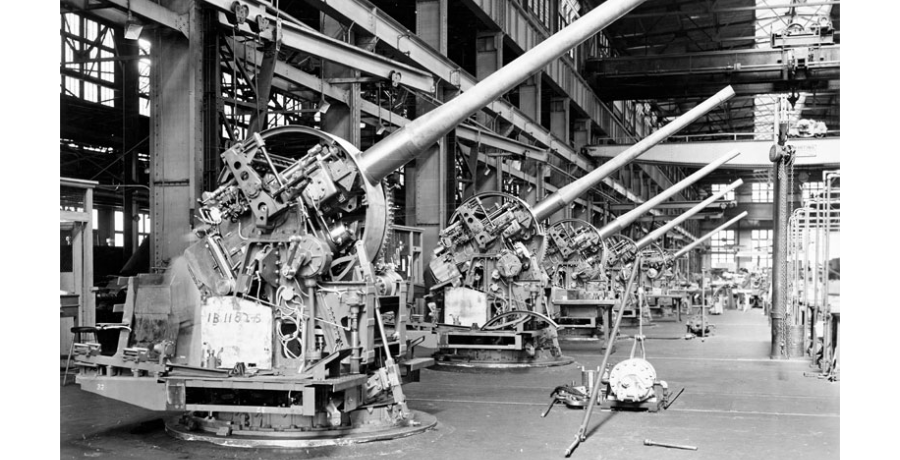 Located in the Calgary community of Ogden, the Canadian Pacific Railway (CPR) headquarters is seen by thousands of people every day.  Most will not know that during the Second World War the historic locomotive shop on the site was converted to produce armaments.  Following the outbreak of war in 1939, many Canadian industries switched production to items that would be needed for sailors, soldiers, and aircrew to defeat Nazi Germany and the Japanese empire.

The Ogden Shops were an ideal location to produce war material as it was far from either coast, the risk of enemy attack was low.  In the case of the CPR locomotive shops at Ogden, the priority was the production of naval guns to be used on the ships of the Royal Canadian Navy. The plant was refitted in early 1941 with the first gun completed in November of that year and then sent to dockyards in Halifax.  By the end of the war, the Shops had produced over 1,000 guns that were used on various ships of the British Royal Navy and Royal Canadian Navy.

Following the end of the Second World War in August of 1945, the Ogden Shops returned to the maintenance of locomotives. The naval gun production by the CPR remains one of the most significant Calgary contributions to the Canadian war effort. 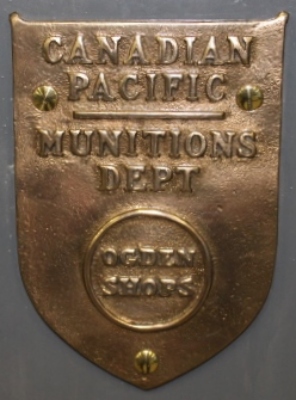 To view some of the guns produced at the Ogden Shops, please visit the Naval Museum of Alberta, located at The Military Museums.