No. 2 Construction Battalion and William White

The No. 2 Construction Battalion, created on July 5, 1916, is the only segregated black battalion in the history of the Canadian military. When the First World War broke out, thousands of African Canadians rushed to enlist. Nearly all of them were turned away by white recruiting officers and told that they had no place in a “White Man’s War.” In response Black Canadians across the country mounted a pro-enlistment campaign and pressured the government to create an all-Black battalion.

The No. 2 Construction Battalion set sail from Halifax for overseas service on March 28, 1917. When they arrived in the Jura Region of France they were attached to the Canadian Forestry Corps where they built roads and bridges, dug trenches, and aided with logging operations. During their military service many members of the battalion contracted illness as a result of their harsh living and working conditions. Eight members of the battalion died overseas.

The unit’s chaplain, honorary Captain Reverend William A. White, had the distinction of being the only black commissioned officer to serve in the Canadian military during the First World War. 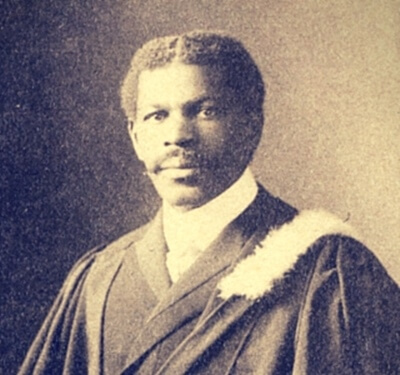 To learn more about the No.2 Construction Battalion, see this Canadian Encyclopedia entry or Craig Marshall Smith’s article posted on BlackPast: An Online Reference Guide to African American History.

Educators: Click HERE for a Lesson Plan that explores the documentary, Honour before Glory, that tells more about William White and the No.2 Construction Battalion.