Laura Secord is one of Canada’s most celebrated and memorialized war heroines. Her efforts during the War of 1812, though hardly recognized during her lifetime, have earned her much distinction and celebration throughout Canada in the centuries following.

As British and American troops battled over control of Niagara Peninsula (the area between Lake Erie and Lake Ontario), Laura’s husband, James Secord, served as a sergeant in the 1st Lincoln Militia. However, he was severely injured on the battlefield and Laura, mother to five, rushed to find him, bring him back home, and nurse him back to health.

In June 1813, Laura hosted American soldiers in her home for dinner and overheard their plans to surprise attack a British outpost commanded by Lieutenant James FitzGibbon. Because her husband was still injured, Laura took it upon herself to warn FitzGibbon of the impending danger. 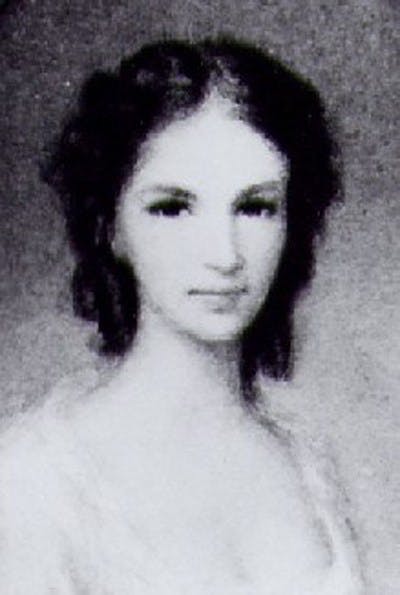 In the early morning of June 22, 1813, Laura set out to the British outpost, a 32-kilometre journey that took her 18 hours to complete. Concerned about running into patrolling American soldiers, Laura took an indirect route that brought her to St. Davids. Here, her niece, Elizabeth, elected to join her on her mission. Continuing on to St. Catharines, Elizabeth eventually grew exhausted and was forced to stop. Laura proceeded alone and happened upon a Mohawk encampment. Enlisting their help, Laura was brought before FitzGibbon.

Two days later, the Battle of Beaver Dams was fought. A force of 400 Mohawk and British warriors, led by Captain Dominique Ducharme, fought against the Americans and ensured their surrender. The war ended in 1814 with a peace treaty. 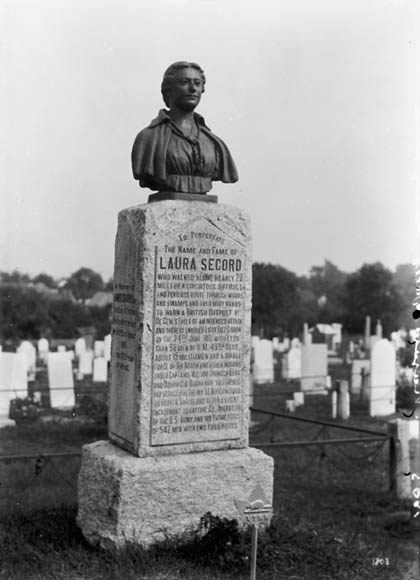 Laura did not receive public recognition, nor did she receive a pension for her act of heroism despite her many attempts at securing both from the Canadian government. The Secords lived a modest life off of the pension James received after the war. He died in 1841. It was not until 1860, when she was 85 years old, that Laura was recognized for her actions in 1813. The Prince of Wales heard of Laura’s 32 kilometre walk and awarded her £100 (approximately $19,000 in 2019 Canadian dollars). Laura Secord died in 1868 and was buried at a cemetery in Niagara Falls.

Today, Laura Secord’s name is popularly associated with a chocolate company named after her. Memory of her heroism is kept alive by monuments in Queenston, ON, and in the nation’s capital.

To see a timeline of the War of 1812, visit the Canadian Encyclopedia’s website.

For more about the life of Laura Secord, visit the Government of Canada’s website for more information.