On August 4, 1914, Great Britain declared war on Germany; Canada, as a member of the British Empire, was automatically at war. By the time the announcement was made Canada had already made her preparations and was eagerly awaiting her opportunity to prove to the world that she was Britain’s loyal daughter. Thousands of men from across our nation had already volunteered to join the Canadian Expeditionary Force and pro-British sentiment flourished across the country. However, not all Canadians were eager to support Britain’s war.

After Britain declared war on Germany hundreds of German and Austrian Canadians, many of them reservists, rushed to the Austrian and German Consulate in Toronto searching for mobilization details. Most were unable to get passage to Europe and remained in Canada for the duration of the war. 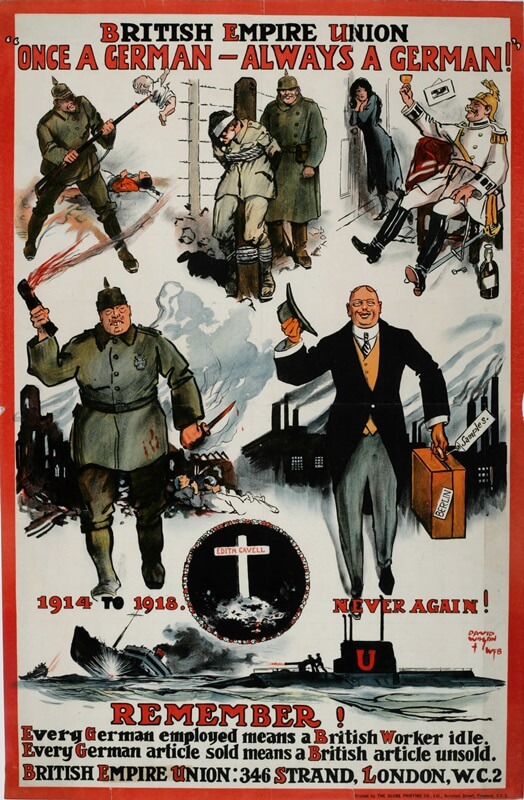 Anti-German sentiment was very high in Canada during the First World War. Almost nine thousand German Canadians were placed in internment camps by the Canadian government while countless others were forced to register with the authorities and were subjected to strict government surveillance.

To learn more about the internment of German Canadians during WWI, see:

The Petawawa Heritage Village site and the War Museum’s entry.

For general information on internment in Canada (during wartime), see the Canadian Encyclopedia.