During the First World War over four thousand Aboriginal people served with the Canadian Expeditionary Force. During the first part of the war some Aboriginals who attempted to enlist were denied while others were readily welcomed. Once the government became aware of the inconsistency, and under the pressure of requiring more soldiers for fighting overseas, a decision was made (1915) to formally approve the recruitment of First Nations, Métis, and Inuit men. Then, in 1917, the Military Service Act was passed by Prime Minister Borden’s Unionist government and conscription became law – all male citizens between the ages of 20 and 45 could be called on for military service. Even though Aboriginals were not legally citizens at that time, no exemption was given to them and hence, they were required to serve. Many individuals and communities objected. After multiple negotiations Order-in-Council PC 111 was passed (1918) and Aboriginals nationwide were released from the requirements of conscription.

Despite the ongoing controversy and debate, Aboriginal men continued to enlist, and as the war dragged on the fighting took its toll. Many First Nations, Métis, and Inuit men were killed in battle. But they had also a newfound respect and perceived a level footing among their peers – they had never experienced these things as non-citizens back in Canada (and many would again fight discrimination following the war). Many were loved by their non-Aboriginal comrades-in-arms. Their knowledge of field craft, proficiency with animals, and incredible skills in concealment, tracking, scouting, and sniping, set them apart from the others and often boosted morale. 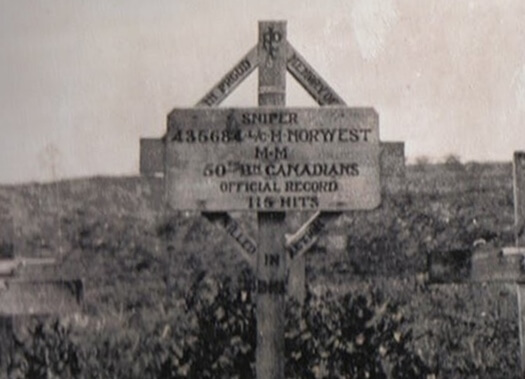 The reality that Aboriginal soldiers serving in the Canadian Expeditionary Force were a huge asset is undeniable. In fact, an estimated 370 Aboriginal soldiers won military honours for their actions during the length of the First World War. Among them was Henry Norwest, a Métis rodeo-performer and ranch-hand from Alberta.

Norwest originally enlisted in 1915 using his mother’s maiden name but was discharged for misconduct before he was able to leave Canada for Europe with his comrades. He re-enlisted eight months later under the name of Norwest and was assigned to the 50th Canadian Infantry Battalion. In France he quickly earned a reputation as a skilled sniper and won the Military Medal in 1917 during the Battle of Vimy Ridge. His sniping was credited with saving a significant number of Canadian lives. Nicknamed “Ducky,” Norwest was well-liked by his fellow soldiers..

Regretfully, Norwest was killed on the morning of August 18, 1918, by an enemy sniper. In retaliation an artillery barrage was launched on Dead Wood where enemy snipers were known to be located. 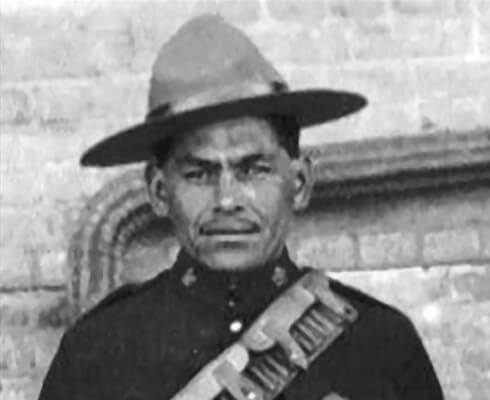