The First World War is often thought of as a bridge to modern warfare. It is here that we are able to witness horses beside cars, balloons silhouetted by planes, and swords alongside guns. This overlap in technologies has left us with some unlikely encounters on the battlefield. Take for instance Lieutenant Harcus Strachan of the Fort Garry Horse. This Borrowstounness, Scotland native immigrated to Canada in 1908 and would enlist seven short years later. Lieutenant Strachan would quickly distinguish himself on the First World War battlefield and in 1917 during a raid near St. Quentin, France, he earned himself the Military Cross.

It would only be six months before Harcus once again proved himself to be a model soldier. On November 20th, 1917, he led a calvary raid on German lines, but this time it was at Masnières, France. After his ‘B’ Squadron successfully breached the enemy defenses the Canadians noted that too many of their mounts were injured; so, they dismounted and released them. Then Strachan rallied his comrades and worked his way through the enemy trenches, all the while brandishing his sword instead of a pistol. Harcus’ decision allowed him to single-handedly eliminate seven of the machine-gunners on the line. With the area cleared, he severed the enemy’s communication lines and successfully silenced the German battery. Lieut Strachan and his men would then be forced to fight their way back across enemy lines, but not before capturing 15 prisoners of war. Lieutenant Harcus Strachan was later awarded the Victoria Cross for his bravery during the raid. 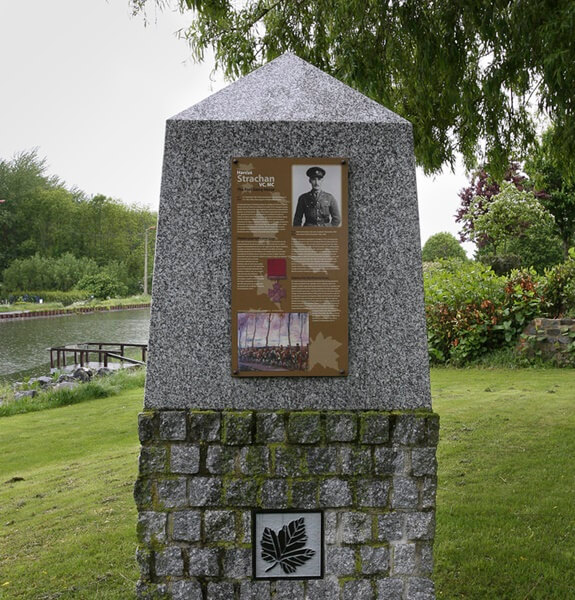 While it may seem unimaginable to us now, the close fighting of trench warfare made hand to hand combat a regular event. We have all heard the old saying “took a knife to a gun fight”; in in this case, it appeared to be the right call. 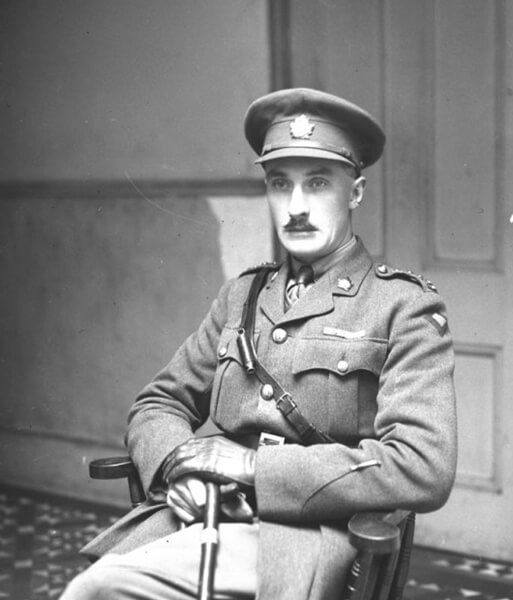 To learn more about Harcus Strachan, see The Great War.