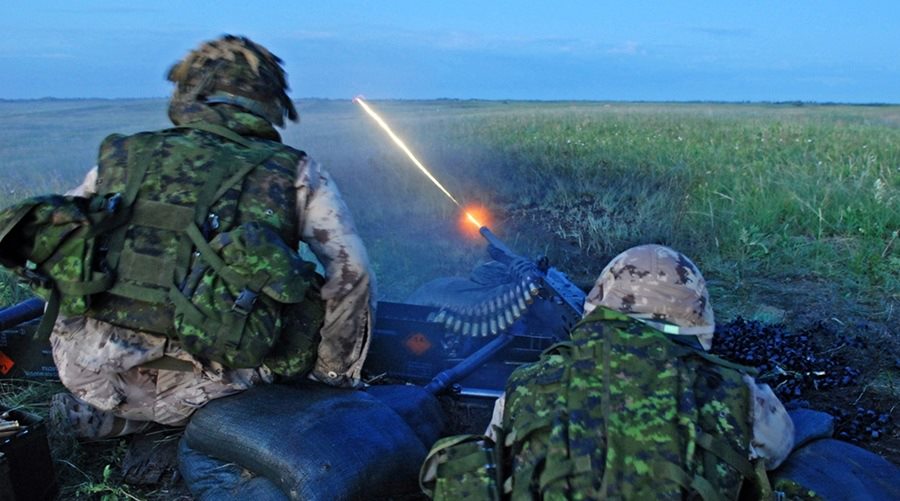 Sustainability and environmental stewardship are integrated in Canada’s defence policy. Through the Defence Energy and Environment Strategy (DEES), Canada aims to reduce energy waste, use cleaner energy, and decrease its environmental footprint. Using DEES, Canada’s Department of National Defence (DND) has created green-based initiatives to accomplish their goals. These initiatives include modernizing facilities and equipment, protecting ecosystems in DND controlled areas, and establishing a legacy of green infrastructure for future personnel.

National Defence is the largest user of energy and emitter of greenhouse gases in the Canadian Government. DEES aims to reduce greenhouse gas emissions by 40% in all DND facilities and vehicles by 2030. This will be accomplished in part by sourcing energy for defence buildings from green power sources, such as wind, solar, or hydro (water) power. Increasing building efficiency is another key to decreasing emissions and some DND buildings have won awards for their effectiveness in this regard. The 3rd Canadian Division Headquarters building at CFB Edmonton won the Gold Standard in Leadership in Energy and Environmental Design and is 56% more energy efficient than other buildings of its size. 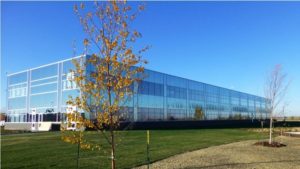 Another important initiative undertaken by DEES is to modernize the military fleet to be more energy efficient and sustainable. This is mostly accomplished by decreasing the need for fleet usage and considering design and land use to reduce vehicle reliance on bases and other military facilities. Air travel, which is particularly damaging to the environment, is discouraged in favour of teleconferencing, carpooling, and the use of public transit. DND is also looking to use alternative synthetic fuel blends for vehicles to minimize environmental impact.

Taking care of ecosystems and the flora and fauna that inhabit them is crucial to DEES. On training ranges and in outdoor training areas, indicator species of plants and animals are carefully monitored to ensure sustainable use of the space. For example, while planning infrastructure for soldier training, environmental assessments of DND owned land are done to protect ecosystems and species at risk. DND owns 22000 square kilometers of land and species at risk like the wood turtle will thrive on tracts of this land. The 5th Canadian Division Support Base Gagetown has even received the Silver Salamander Award for their efforts in conservation of the wood turtle. 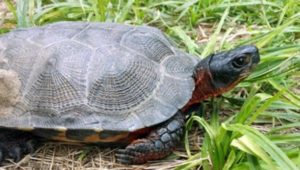 The wood turtle, a species which has benefitted by Department of National Defence conservation initiatives. (Credit: Government of Canada)

You can check Vanguard Canada’s infographic to learn more about the goals of DEES, or the Government of Canada’s “Greening Defence” page.