Canadian George Lawrence Price has the unfortunate distinction of being the last Commonwealth soldier killed on the Western Front during the First World War. He was shot through the chest by an enemy sniper at 10:57 AM on November 11, 1918, three minutes before the Armistice went into effect.

Knowing that the war would soon be over, Price’s commanding officers had halted the battalion’s advance. There was no point in continuing to advance when the war would soon be over. During the long wait for peace, Price caught the eye of a pretty Belgian civilian. When she waved at him, Price lost his composure and jumped out his trench to go and meet her. He was shot down before he could even learn her name. 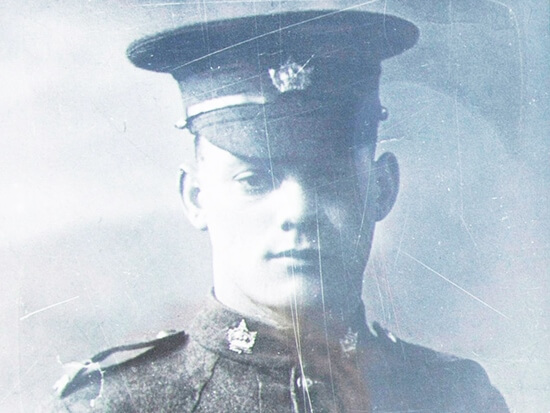 To see a fantastic new video about George Price, see “George | A Breakwater Original” (Vimeo, released by the The Army Museum – Halifax Citadel).

The CBC has also published an article that describes Price and the final moments of the war, see “George Lawrence Price was the last Canadian soldier killed in the First World War” (8Nov2014).