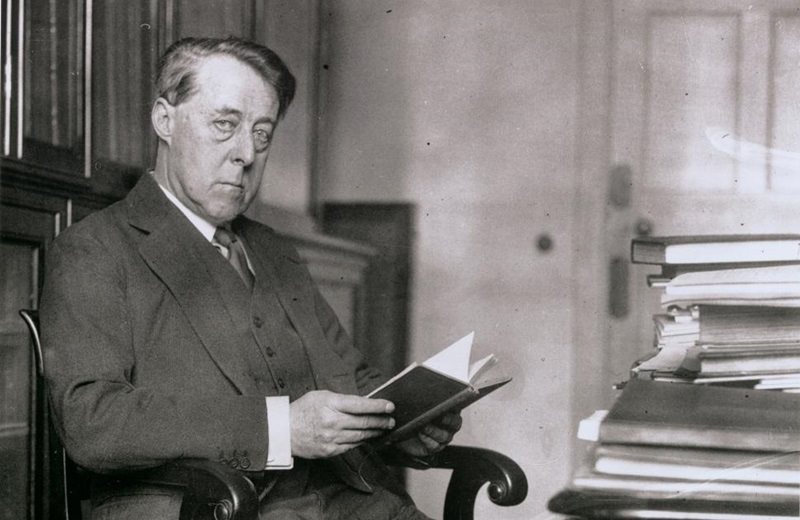 English poet and scholar,Laurence Binyon, composed his most famous poem, “For the Fallen,” in September 1914. A section of the poem, entitled “Ode of Remembrance,” is recited to this day at Remembrance Day memorials and services across Canada. 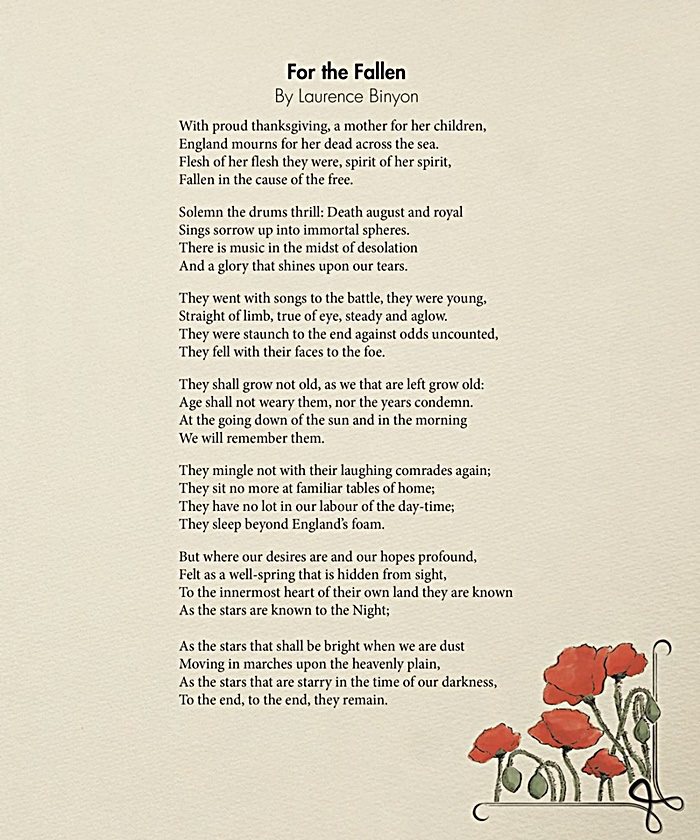 By September of 1914, mere weeks after the start of the First World War, the British army had already suffered thousands of casualties at the hands of the German Empire. During the Battle of Mons (August 1914), 1,600 British sacrificed their lives. Later that same month at the Battle of Cateau, there were another 7,812 British casualties. Then in September, during the bloody First Battle of the Marne, a total of 81,000 defending French and British soldiers died while facing the invaders.

Emotionally moved by the deaths of so many young men, Binyon wrote “For the Fallen” while overlooking the Atlantic Ocean from Britain’s Cornwall cliffs. His poem was published in The Times and it quickly gained notoriety, bringing together a nation that was mourning its losses. In 2001, A plaque was created to commemorate the place where Binyon wrote the poem. 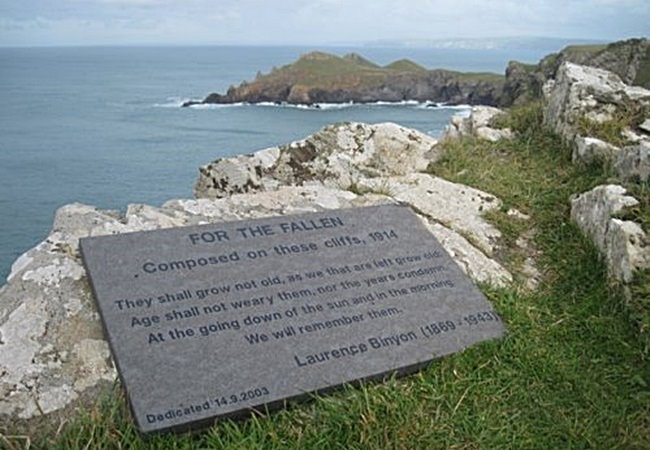 Plaque Commemorating “For the Fallen” (Credit: Traces of War).

At the time of the war, Binyon was too old to join the army. He did, however, volunteer as an orderly with the Red Cross on the Western Front in 1916. He wrote about his experiences in his book For Dauntless France (available online).

During Remembrance Day ceremonies, the Canadian Armed Forces recite the poem as an Act of Remembrance for the fallen, often taking place after the gun salutes. During the First World War, nearly 620,000 Canadians enlisted in the Canadian Expeditionary Forces, of which 61,000 died and another 172,000 were wounded.