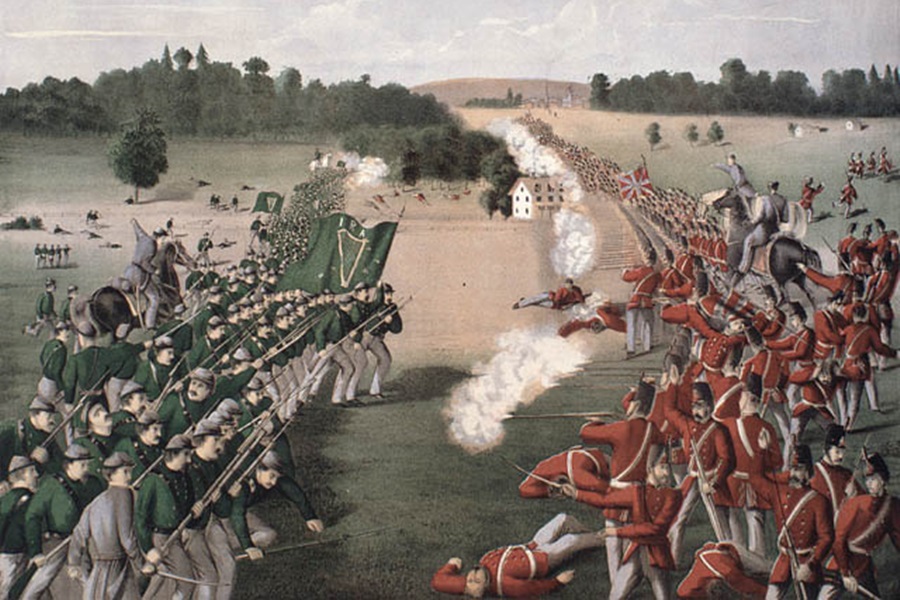 The Fenian Raids of 1866 – 1871 were an attempt by Irish American immigrants to gain the upper hand in a fight for independence from the British by invading Canada. Armed Irish mobs crossed the border and attacked Canadian troops as part of an elaborate plan to secure Canada for themselves and then negotiate with Britain for Ireland’s independence in exchange for returning control of Canada. The British and Canadian government fought back viciously, resulting in casualties on both sides of the border.

Between 1820-60, nearly two million Irish immigrated to America, many of them fleeing to escape the Great Famine (1845-49). In addition, an economic depression caused by harsh British rule was contributing to mass starvation, brutal living conditions, and deaths across Ireland. Thousands upon thousands of long-suffering Irish sought a better life for themselves by leaving their homeland; a high percentage of the escapees settled in America. As part of their allegiance to this new life and citizenship, many participated in the American Civil War (1861-65). As time passed back in Ireland, various independence movements popped up occasionally only to be aggressively stomped out by the British. This enraged the Irish Americans who still held tightly to the traditional values and culture that were integrated with their identity. As a result they sought ways to support the Irish independence movement while their feelings toward Britain continued to sour.

In response to the behaviour of the British, James Stephens created the Irish Republican Brotherhood in Dublin on March 17, 1858 [1]. Shortly thereafter, the U.S. branch was formed (1859) and was named the Fenian Brotherhood, after the ancient Irish warriors Fianna Eireann. Many of the American members were veterans of the Civil War and used their experience to plan and stage military attacks against Canada. Their aim was to take control of the British Province of Canada and use it as a bargaining chip during negotiations for Ireland’s freedom. There were also a minority of Canadian Irish Fenians who supported Irish independence and lent their support to their Americans co-conspirators by helping to coordinate attacks. However, Canadian and British officials heard rumours of the Fenians’ various plans and decided to insert spies within the brotherhood so that Fenian intentions could be tracked. 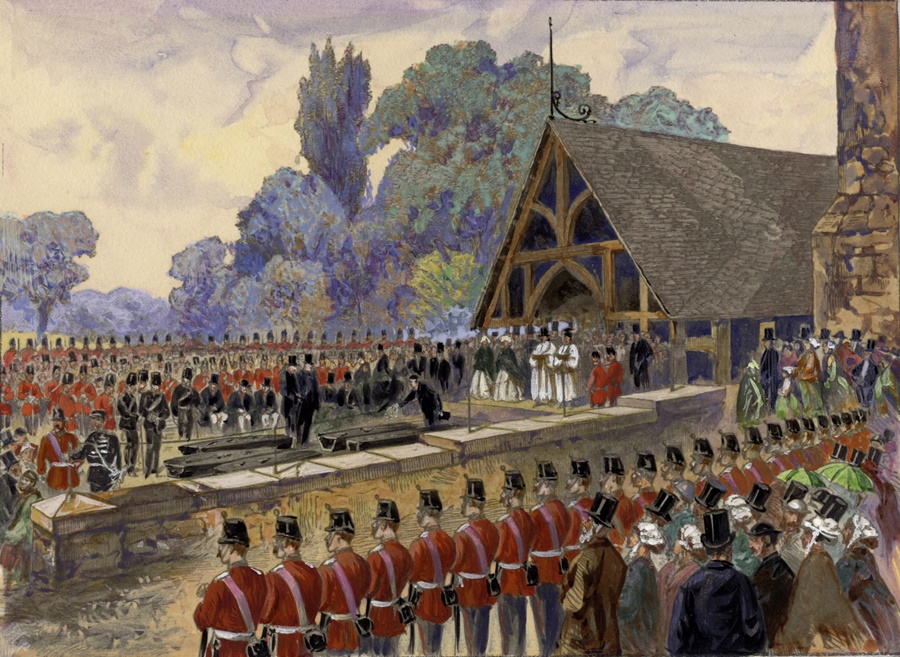 The Fenians first attacked in April 1865. They targeted an island of present-day Nova Scotia, but the British were ready and responded swiftly. The Fenian attack achieved very little and ultimately failed to secure the island for their own aims, but this did not deter the brotherhood. Over the next 14 months, ambitious assaults at various locations in Eastern and Western Canada were planned and put into action. In June 1866, Fenians experienced their greatest success during the Battle of Ridgeway. It was here that they crossed the Niagara River and launched a winning attack against Canadian Militia volunteers, which included a company of the Queen’s Own Rifles of Toronto (QOR). The Fenians, with years of war experience on their side, overwhelmed the militia soldiers to occupy the town of Ridgeway prior to withdrawing to Fort Erie. While the battle was a tale of Fenian success, they were still unable to gain a foothold in Canada.

In another possibly Fenian-related strand of Canadian history, Thomas D’Arcy McGee, a Canadian Irish and one of the Fathers of Canadian Confederation, was assassinated outside his boarding home in Ottawa, ON (April 7, 1868). Unlike many Irish Canadians, McGee was a strong advocate for British colonial rule and vehemently condemned the actions of the Fenian Brotherhood. Consequently, McGee had many enemies within the Irish community, and it has long been speculated that he was murdered by a radical Canadian Fenian who viewed him as a traitor to the Irish independence movement. In the aftermath of the assassination, James Patrick Whelan was arrested, tried, and convicted of the murder. Throughout the trial and until his death, Whelan repeatedly stated that he did not commit the crime for which he was being charged. Nor was it ever proven that he was a Fenian. 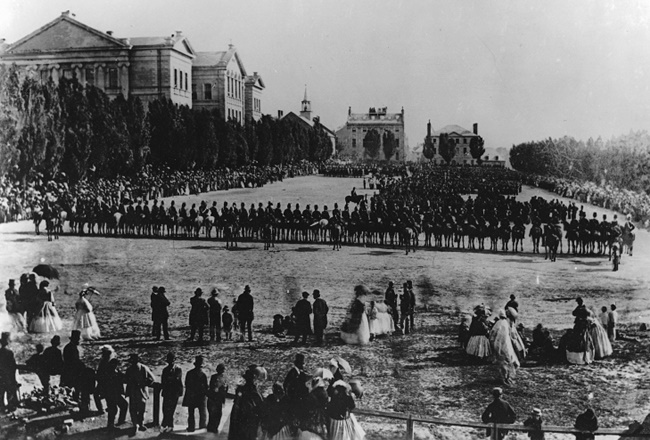 The Fenians launched later raids in 1870 and 1871, hoping to gain the support of Louis Riel and the Métis resistance, but during those attacks they were outnumbered and did not fare well. As time progressed the Fenian Brotherhood fell apart and while other independence groups emerged in its place, Canada was no longer threatened by their actions. In fact, the Fenian Raids shone much needed light on a lack of training and national security for Canadians. The raids, along with several other factors, led to the improvement of Canadian military training for militiamen and, even more importantly, the creation of the Confederation of Canada in 1867.

To read in depth about the Fenian Raids, read this three part essay by Esprit de Corps.

Main photo: The charge of the Fenians (wearing green uniforms) under Colonel John O’Neill at the Battle of Ridgeway, near Niagara, 2 June 1866 (Credit: Library and Archives Canada).

[1] On the exact same day back in Toronto (then often referred to as the “Belfast of North America”), Irish tensions led to a riot during the St. Patrick’s Day Parade (more info HERE). Thomas D’Arcy McGee was also in the city to give a speech and his presence likely facilitated the increased pressure. These events are mentioned here because they were part of the fertile grounds from which the Fenian Brotherhood originated.