Major David Vivian Currie was in command of a small mixed force of Canadian tanks, self-propelled anti-tank guns and infantry that was credited with closing the Falaise Gap during the Normandy Campaign of the Second World War (WWII). His actions sealed the German escape route, effectively surrounding them and forcing their surrender on August 21st, 1944.

Born on July 8th, 1912 in Sutherland, Saskatchewan, Currie led a normal prairie life before joining the militia at the start of WWII. He rose quickly through the ranks, receiving promotions to lieutenant in 1940, captain in 1941, and major in 1944. 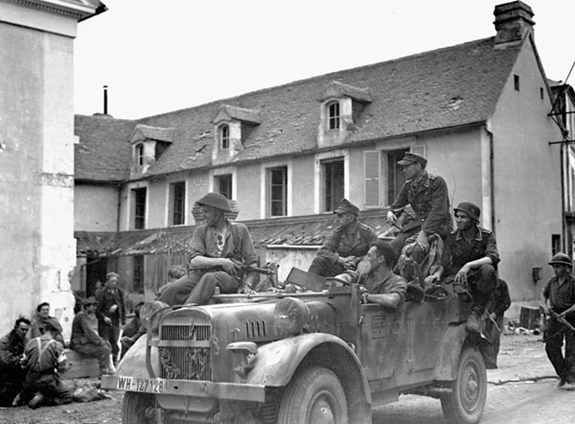 He was in command of “C” Squadron of the 29th Armoured Reconnaissance Regiment (The South Alberta Regiment) and the “B” Company of the Argyll and Sutherland Highlanders of Canada in August of 1944, at the final stages of the Normandy Campaign. He led them to close off the seven-kilometre distance between Trun and Chambois finally closing the Falaise Gap.

On August 18, 1944, Currie confidently led his small force of 130 to attack the key village St. Lambert-sur-Dives and gain control of it. Despite being severely outnumbered, Currie and his team fought against repeated and increasingly desperate German attacks over the next few days, all in close combat. Throughout it all, Currie remained calm and firm, overcoming overwhelming odds to beat the Germans. When the counterattacks finally ended, Currie’s troops emerged victorious with 300 of the enemy killed, 500 wounded, and 2,100 taken as prisoners of war. They also destroyed seven tanks and 40 vehicles in total. 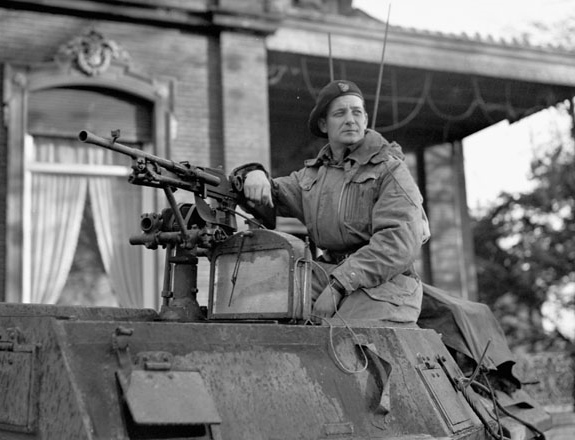 For demonstrating valour in the face of the enemy, Currie was awarded the Victoria Cross, the highest and most prestigious military decoration that can be awarded in Britain and its Commonwealth countries (Canada has since established its own honours system). Currie was the only member of the Royal Canadian Armoured Corps to receive the Victoria Cross during WWII. Furthermore, the iconic photograph of Currie brandishing a revolver while German soldiers are taken captive is considered the only photo showing a Victoria Cross recipient in the midst of actions for which the award was given.

Currie went on to earn the rank of lieutenant-colonel and, upon retirement from the military, was appointed as Sergeant-at-Arms in the House of Commons from 1960-1978. He died in 1986.

For further exploration of the final days of the Normandy Campaign, read Legion Magazine’s article on the closing of the Falaise Gap.