For Toronto’s Queen’s Own Rifles, D-Day began at 03:15 when they were served breakfast in England. For many of the soldiers the simple meal of scrambled eggs, coffee, bacon, bread, and jam would be their last. By the end of June 6, 1944 the Rifles had suffered 143 casualties including 61 fatalities. They suffered more losses on D-Day than any other Canadian regiment.

The Rifles were tasked with capturing Nan White Beach and soon discovered that they had been assigned one of the most heavily fortified sections of Juno Beach. The preliminary naval bombardment had left German fortifications relatively untouched. Also, the rough seas meant that the Rifles were forced to go in without tank support. When the transport ramps came down soldiers disembarked into a minimum of four feet of water and surged towards the beach through a hail of machine gun fire. When “B” Company arrived on the beach at 08:20 they found themselves in front of a heavily fortified machine gun position. Many didn’t make it and were left lying in the surf.

Within an hour, “B” Company had already suffered fifty percent casualties. It is no wonder that B Company survivor Jim Wilkins’ remembers D-Day as “the longest day.”

Jim Wilkins’ managed to survive storming Nan White Beach despite suffering a broken leg and being shot in the side. Check out Jim’s full account of D-Day HERE.

See Legion Magazine’s “The Victory and The Cost” to learn more about QOR that morning. 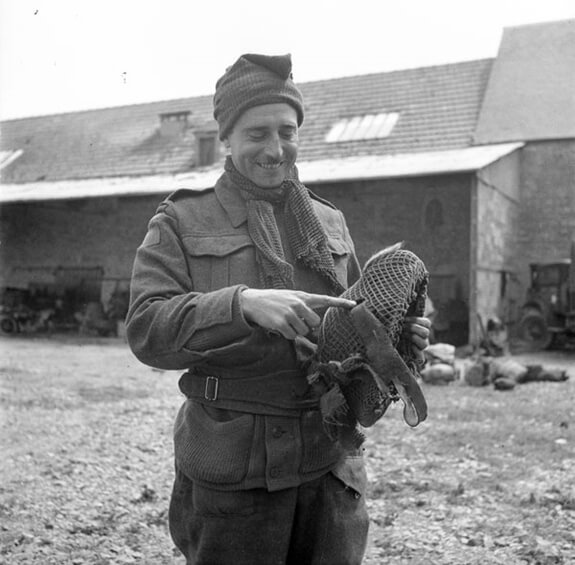 We have a wide selection of D-Day articles, please type “D-Day” into the search box in top right hand corner of the page and hit enter.