On June 19, 1941 the Canadian Army created a special unit to document Canada’s role in the Second World War. The seventy-six still and motion photographers who made up the Canadian Army Film and Photo Unit ensured that the war would be told from a Canadian perspective. The unit was tasked with “provid[ing] informational and inspirational material for the maintenance of public morale and the stimulation of recruiting” and keeping “Canada’s war efforts before…the world.”

The seventy-six photographers were recruited from all over Canada and covered every aspect of the war. However, one member of the unit deserves special attention. 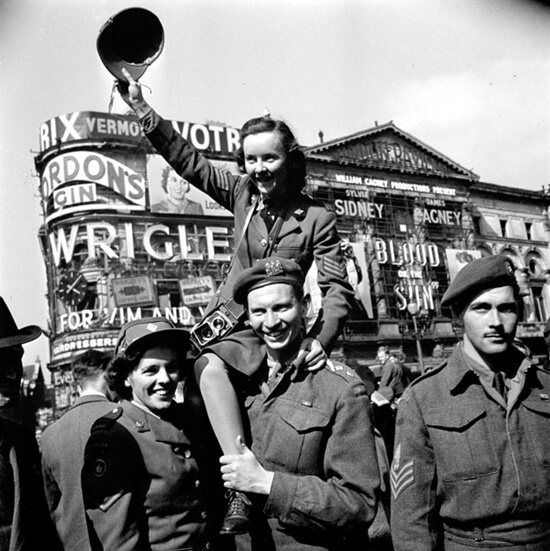 Sgt. Karen Hermiston, nicknamed ‘Hermie’ was the only female army photographer to serve overseas. After enlisting in the Canadian Women’s Army Corps in 1941, Hermie was “frequently told that there were some things a girl can’t do.” That would not stop her; she did them anyway.

During her time serving overseas, Hermie covered casualties flown back to Swindon, went inside operating rooms, photographed graves for the Commonwealth War Graves Commission, and flew all over Europe to document the activities for her fellow CWACs. The petite 5’2 photographer earned the respect of her male comrades and defied strongly held gender stereotypes. 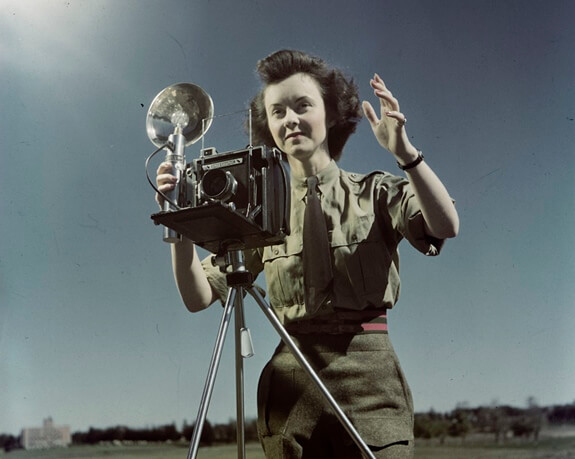 To delve into an academic account of the “Canadian Army Film Unit in the Second World War”, visit “Shooting the War” (PDF)(Canadian Military History 2005:14:3 pp.21-38).