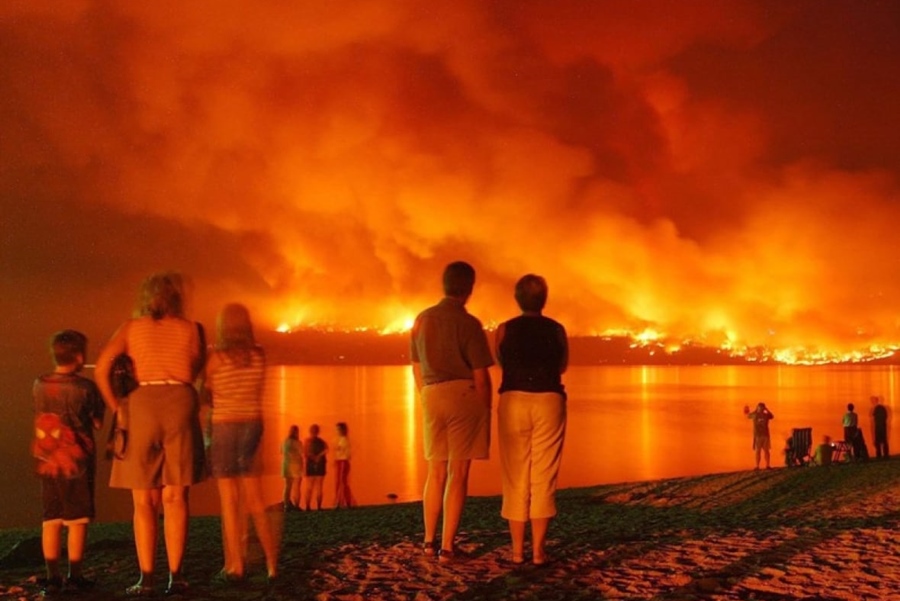 In the summer of 2003, British Columbia (B.C.) was overpowered by devastating forest fires. More than 2,500 fires had started in that season alone, sometimes hundreds ignited in a single day, overwhelming firefighting crews and support. Considered one of the most catastrophic fire seasons in B.C. history, more than 10,000 firefighters and supporting personnel were involved. Additionally, the largest evacuation in B.C.’s history took place as over 30, 000 people were told to leave their homes. The Canadian Armed Forces (CAF) were called in to provide relief and support. 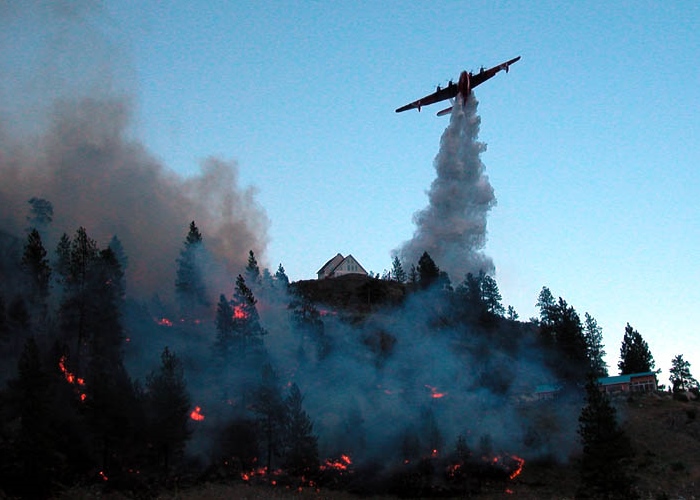 In early August 2003, the provincial government requested federal aid, as it lacked the resources to successfully combat the multiple ongoing fires. That same month, Operation PEREGRINE was born, lasting over six weeks as troops were mobilized within the B.C. interior. The first to arrive was B Company of the 3rd Battalion, Princess Patricia’s Canadian Light Infantry (3 PPLCI) from Edmonton. However, as the fires continued to grow and threaten homes, the province requested more help. At the height of the operation, 2,600 military personnel were at work in B.C., representing the military’s third largest domestic operation after Operations RECUPERATION (1998) and ASSISTANCE (1997).

The Okanagan Mountain Park Wildfire, caused by a lightning strike on August 16th, destroyed over 230 homes. It remains the most damaging wildfire in B.C.’s history. It was fought by over 1,000 forestry firefighters and firemen as well as 1,400 members of the CAF. The McLure forest fire near Kamloops, caused by a former firefighter’s carelessly discarded cigarette, destroyed another 72 homes and nine businesses. A CAF camp that held up to 800 soldiers was set up nearby to help the hundreds of exhausted firefighters, many of whom were working through the night to combat the flames. Four water bombers, nine bird dog aircrafts, twelve helicopters, and thirty-four air tankers provided air support alongside ground machinery. 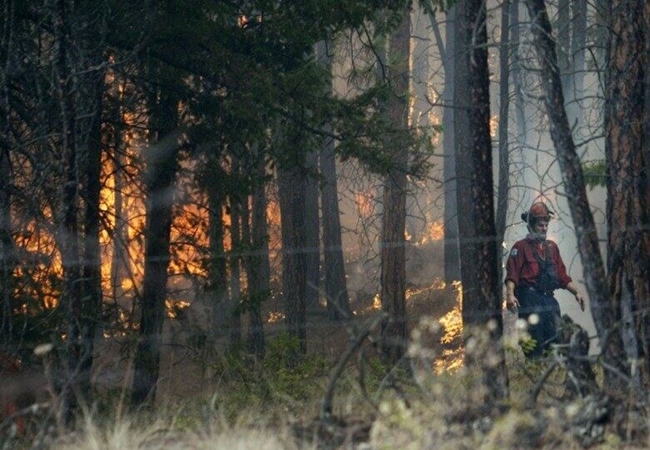 A firefighter gets out of the way of expanding flames while trying to hold back a wildfire burning in the suburbs of Kelowna, B.C. on Aug. 22, 2003. The fire jumped the fireguard August 21 and swept into Kelowna overnight, destroying multiple homes (Credit: CBC).

In early September, reinforcements from the air force and navy arrived. Lt.-Cmdr. Paul Seguna, acknowledging the need for more personnel, said, “the battle we’re fighting here… is not just a battle against the fire, it’s a battle against fatigue.” Additionally, 100 individuals from the Royal Canadian Air Force (RCAF) flew in from their base in Cold Lake, Alberta. Like the army personnel before them, they were trained on firefighting skills and techniques before deployment. A Canadian Forces Base Esquimalt Navy Task Force was also created for ground operations.

On September 16, Operation PEREGRINE came to an end when it was determined that the province no longer needed military assistance and lives and properties were no longer endangered. Though many fires still burned across B.C., the provincial firefighters were equipped to handle the challenge. By the end of the month, forces had made their way home.

To learn more, read the Globe and Mail’s article on Operation PEREGRINE and this Legion magazine’s article on the 2003 B.C. fires.

Main Photo: People gather near Kelowna, B.C. to watch flames across Lake Okanagan creeping closer to Mission area homes on Aug. 21, 2003. At its peak, the Okanagan Mountain Park forest fire was a rank-six firestorm, forcing over 33,000 to be evacuated from the area (Credit: Gary Nylander/The Kelowna Daily Courier, via CBC).