June 2, 1917: Billy Bishop earns a Victoria Cross after destroying four German aircraft as they scrambled to engage the Canadian Ace.

On a solo mission, Bishop attacked two aerodromes behind enemy lines, the first of which was empty of aircraft. At the second airfield, he found seven machines on the ground, some with engines running. Strafing them from a height of only 50 feet, he suffered some machine gun fire. As four of the enemy planes scrambled to meet his lone aircraft, Bishop successfully shot down or disabled each plane, emptying his ammo drums into the third and fourth aircraft. Not only was this feat remarkable for the amount of havoc wrought, it was also notable for the fear it struck into the enemy: as Bishop returned home, tattered from ground fire and out of ammo, four more enemy scout aircraft were a thousand feet above him; but they were so struck by Bishop’s skill and success that they feared to engage him despite their numerical and altitude superiority.

He ended the war as the British Empire’s second highest-scoring ace, with 72 official victories. In the Second World War, he would go on to become an Air Marshal in the RCAF. 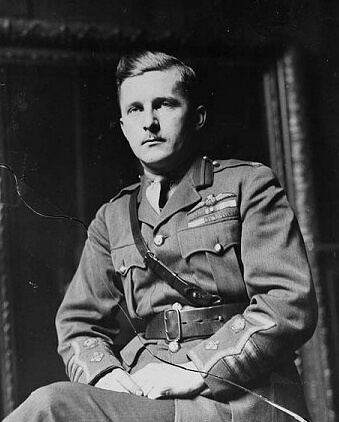 To learn more about Billy Bishop, check out the Canadian Encyclopedia., or for info specific to his career, take a look at History Net.