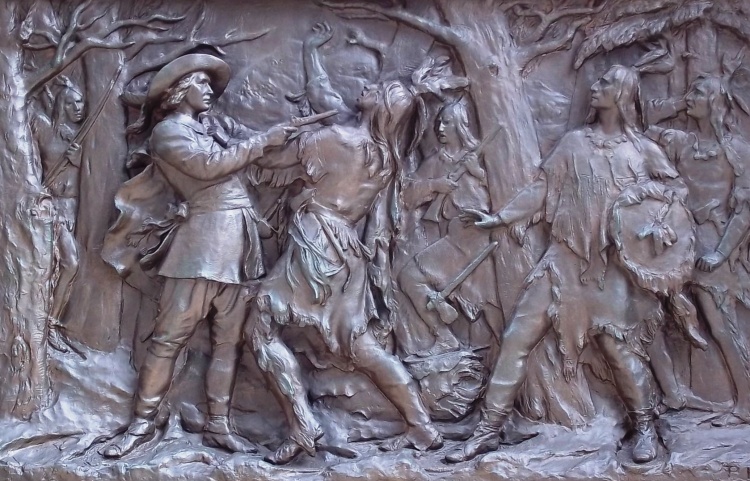 The early settlement of Ville-Marie, present-day Montreal, was marked by frequent warfare and fraught relations between French colonists and the Iroquois (also known as the Haudenosaunee Confederacy). The peace established by Samuel de Champlain in 1622 vanished over the next two decades and tensions escalated rapidly in the 1640s for various reasons.

Through the intermediary of the Dutch, implanted in upstate New York, the Iroquois obtained firearms, providing them with the means of exacting retribution on settlers for their previous defeats. Around the same time, the fur trade steadily became more competitive among First Nations. Expecting to gain more leverage over the lucrative commerce, the Iroquois accrued their military presence in the area of Ville-Marie and conducted raids in the Ottawa Valley within Algonquin territory. A series of cultural misunderstandings during a meeting between Paul de Chomedey de Maisonneuve and the Iroquois also heightened frictions. 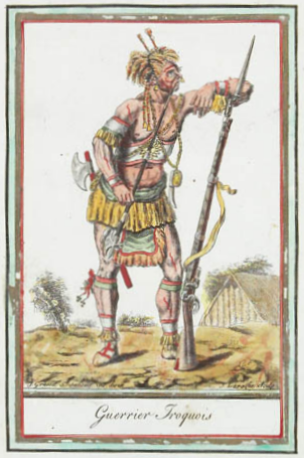 An engraving of an Iroquois warrior. (Credit: Library and Archives Canada)

Ville-Marie, founded in 1642, was susceptible to First Nation attacks. The settlement of Quebec, further downstream of the St. Lawrence River, benefited from more protection, contrary to upstream settlements such as Trois-Rivières or Ville-Marie where settlers were responsible for their own defense.

Settlers in Ville-Marie grew irritated by these continual ambushes and were anxious to fight the Iroquois who lurked in the nearby woods. Maisonneuve, the man responsible for military operations and fortifications, advised against it, however. He reckoned the colonists were too few and inexperienced to challenge the hundreds of Iroquois warriors. On March 30, 1644, watchdogs sensed the presence of the Iroquois and barked to alert the colonists. A party of 30 men (about half of Ville-Marie’s male population) ventured into the woods and were ambushed by a much larger force. Immensely outnumbered at seven to one, many were wounded, and although both sides possessed firearms, the colonists faced a shortage of gunpowder and retreated. Maisonneuve, a little slower to pull back, was left alone and he killed an Iroquois chief with his pistol. The chief’s body was carried away into the forest, concluding the battle, but not the conflict that waged on between Europeans and Indigenous peoples. 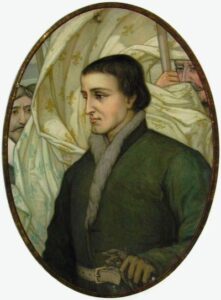 The Iroquois Wars ended only decades later with the signing of the Great Peace of Montreal Treaty in 1701.

To keep reading about the Iroquois Wars, see The Canadian Encyclopedia.