Two Commonwealth battalions (Bn.) occupy the hills astride the south end of the river valley: 3rd Bn. Royal Australians and 2nd Bn. PPCLI. They anxiously watch the Korean army stream southward in chaotic retreat. The Chinese are coming in force. They hit the Australians first, eventually forcing them to retreat. Next up for the Chinese are the Canadians.

Lt. Colonel Jim Stone has carefully positioned his four rifle companies with commanding fields of fire but the Chinese attack at night and outnumber the Canadians 10 to 1. The fighting is intense: close quarters, grenades, bren guns and bayonets. 200 Chinese break the Canadian line but are stopped with heavy losses by heavy machine guns mounted on ten “half tracks”. Lt Mike Levy’s platoon was being overrun when this WWII hero coolly called in artillery fire on his own position. Hundreds of shells rained down and the Chinese were blasted back. By morning it is over and miraculously, Canadian losses are few. Result: The Chinese drive is blunted and the PPCLI receive a US Presidential citation. Five PPCLI soldiers received bravery medals but not Levy.

Hub Grey was also an officer at Kapyong and years later still wondered why his good friend (Levy) did not receive a medal for his bravery that day. He would find what might be the reason when he stumbled across an ugly secret while writing a book on the subject. Levy was Jewish, and Stone had been over heard saying that “I will not award a medal to a Jew”.

In 2003 Levy’s bravery was recognized by Governor General Clarkson with a special award. Levy said he considered Stone an excellent leader and held no grudge.

Mike Levy passed away in 2007, a true Canadian hero. 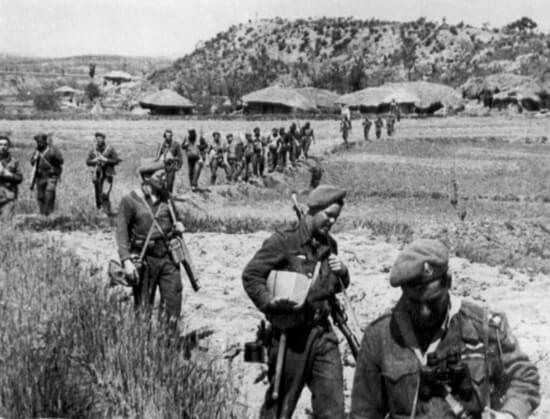 To learn more about Kapyong, check out the Canadian Encyclopedia’s Kapyong entry.