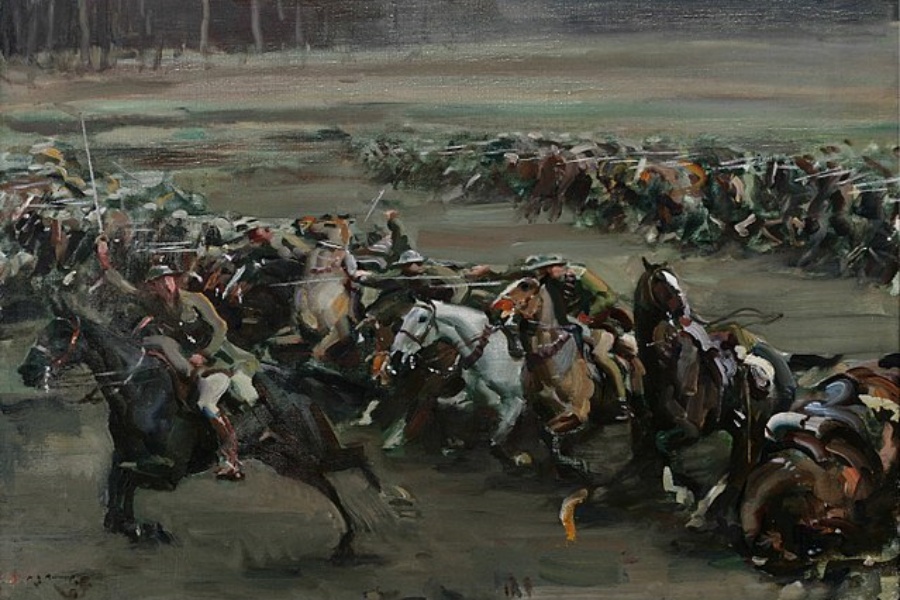 In March of 2018, a handful of Lord Strathcona’s Horse (LdSH, i.e., Royal Canadians) soldiers congregated in France near the town of Moreuil where the Battle of Moreuil Wood transpired a hundred years before. There, the Canadian Cavalry Brigade (CCB) – comprised of the Royal Canadian Dragoons (RCD), LdSH (RC) and Fort Garry Horse – led what would arguably be one of the largest and final cavalry charges in the First World War.

In the early months of 1918, Germany prepared to mount Operation Michael with the intention of weakening British lines and moving further into France. It was to be the first of five offensives on the Western Front. The CCB and the Canadian Motor Machine Gun Brigade were meant to strengthen the depleted British troops, and Brigadier-General John Seely, leader of the CCB, was directed to take Moreuil Wood. Both sides coveted its view of the Paris-Amiens railway, making the area strategically very important. Opposing the Canadians were 300 German troops, deeply entrenched and armed with heavy artillery and machine guns. 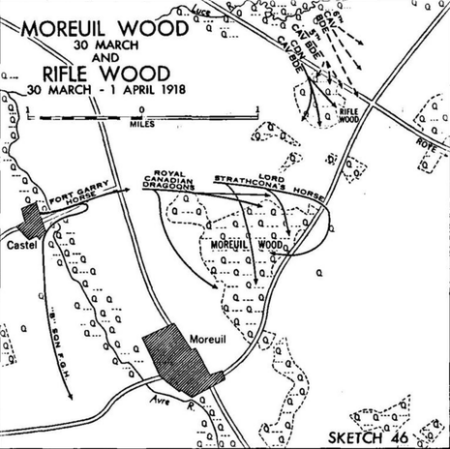 The goal was to have “A”, “B” and “C” Squadron (Sqn) of the RCD head into battle first; they did so at 0930 hours on March 30, 1918. “A” Sqn penetrated from the north and “C” Sqn from the west, with “B” Sqn sandwiched between the two. Fighting was complicated by the dense undergrowth of the forest, incompatible with horse riding, and prompted many to dismount and fight on foot. In the words of Private Albert Dale, “Everything seemed unreal. The shouting of the men, moans of the wounded, the pitiful crying of the wounded and dying horses.”

Two thirds of the LdSH (RC) were then issued to help “B” Sqn of the RCD, while the remainder (“C” Sqn) were held back as reserves and lingered along the eastern flank. But before long, “C” Sqn was sucked into battle and the men charged with their swords raised and horses galloping at full speed. At their head was Lieutenant (Lt) Gordon Flowerdew, a 33-year-old fruit farmer from British Columbia. They ruptured the German line, charged once more, and triggered the enemy’s withdrawal. In the interval, the LdSH (RC) seized the abandoned German machine guns and killed 200 to 300 enemy soldiers. 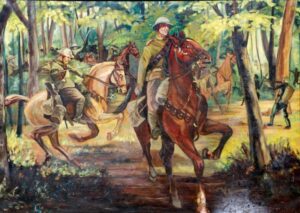 Although they clung to their position until reinforcements arrived, the LdSH (RC) were decimated by the battle; their casualty rate hovered around 70 percent and only 51 emerged unscathed. An astounding 59 bullets were extracted from the leg of Lieutenant Hamilton Harrower.

In the scuffle, Lt Flowerdew was wounded (he died of his injuries the next day) and was conferred the highest military honor –the Victoria Cross. His citation reads in part, “Lt. Flowerdew was dangerously wounded through both thighs during the operation, but continued to cheer on his men. There can be no doubt that this officer’s great valour was the prime factor in the capture of the position.”

Around noon, the British 3rd Cavalry Brigade arrived and gave the final push necessary to finally take Moreuil Wood and the adjoining Rifle Wood. The CCB tabulated a total of 305 casualties and lost 800 horses. Germans reconquered Moreuil Wood and Rifle Wood the following day. Though the CCB managed to recapture the latter afterwards, Moreuil Wood remained under German control until August of 1918. 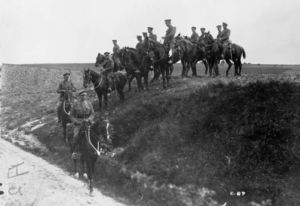 March 30 is deemed “Regimental Day” by the LdSH (RC) who continue to commemorate the profound losses sustained that day.

To see the LdSH (RC)’s re-enactment of the battle as part of centennial commemorations, watch Battle of Moreuil Wood- 100th Anniversary.