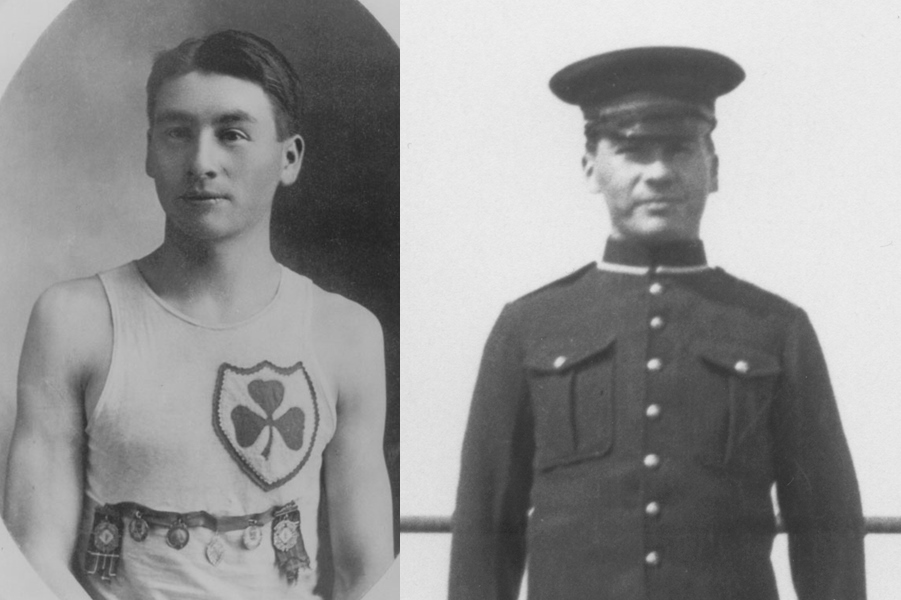 Born on the 19th of November in 1897, Alex Decoteau of the Red Pheasant Cree Nation was an accomplished Indigenous Canadian athlete who later served in the Canadian Corps during the First World War.

Alex’s family already had a distinguished history fighting for things they believed in. His father, Peter Decoteau, fought alongside Plains Cree warriors at the Battle of Cut Knife (1885). Peter was murdered in 1891. Alex’s mother, then unable to support her family, sent three-year-old Alex and her other children to a nearby residential school, Battleford Industrial School.

It was at school that Decoteau’s affinity for sports was first noticed. He excelled in boxing, cricket, soccer, and baseball, but his career as a track-runner didn’t take off until he moved to Edmonton in 1909. He won several races including the Calgary Herald’s Christmas Day Road Race and the ten-mile race at Fort Saskatchewan (which he won for three consecutive years). Alex’s success landed him a spot on the Canadian Team at the 1912 Summer Olympic Games in Stockholm, Sweden. He finished in sixth place in the 5,000-metre race.

In addition to his racing career, Decoteau proudly joined the Edmonton Police Department in 1911, making history by becoming the first Indigenous police officer in Canada. He was promoted to Sergeant in 1914 and became one of the first motorcycle policemen in Canada. However, it was not to last. After two years in the force Decoteau resigned and enlisted in the war effort. Inspired by his father’s legacy, Alex was motivated to establish himself as a reputable, fearless Cree warrior and the Great War offered him an opportunity to do that. He joined the 202nd Battalion of the Canadian Expeditionary Force and later moved to the 49th Battalion, Canadian Expeditionary Force (Edmonton Regiment).

Even while serving overseas, Decoteau never gave up on his racing career. In England, Alex continued to compete in — and win — races. King George V, attending a race in Salisbury, witnessed Decoteau win and awarded him with a gold pocket watch which Decoteau treasured.

Alex’s athletic abilities served him well as a trench runner, a job that required passing important information from the front lines to officers further back or under better protection. It was a dangerous job as the runners had to leave the relative safety of the trenches and expose themselves to dangerous enemy fire. However, Decoteau courageously did not communicate any fears he might have had to his family back home. In a letter to his sister, he wrote, “we have lots of fun too. It isn’t all hardships and loneliness out here.” 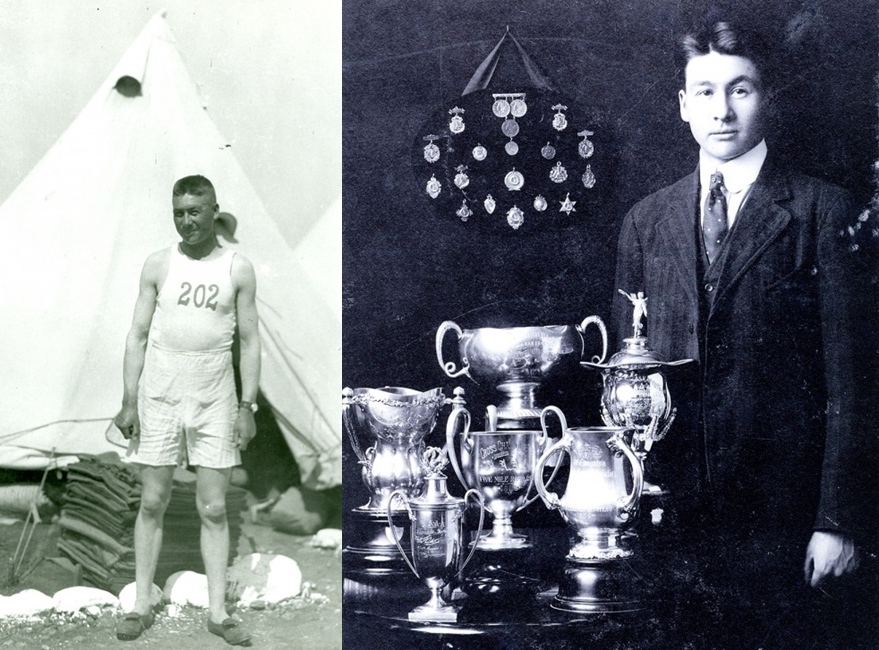 Left: Alex trained as a soldier at Camp Sarcee in Calgary, Alberta. Right: The trophies and medals bear testament to Alex’s prowess as a runner (Credit: Canadian Sports Hall of Fame).

Yet, it was the delivery of messages that led to Decoteau’s tragic death. While running, during the Battle of Passchendaele in the autumn of 1917, he was killed by a sniper bullet less than two weeks before his 30th birthday. He was buried at the Passchendaele New British Cemetery in Belgium.

A traditional Cree ceremony was held for Decoteau in 1985 to bring his spirit home. Indigenous veterans, army personnel, and an honour guard from the Edmonton Police Department were in attendance.

To learn more about Alex Decoteau’s and his distinguished career, read his biography (Dictionary of Canadian Biography) or this entry (Canadian Sports Hall of Fame).