After the conclusion of World War II, rising tensions between the two superpowers, the United States (U.S.) and the Union of Soviet Socialist Republics (U.S.S.R.), spurred the creation of the North Atlantic Treaty Organization (NATO) in 1949. Canada, the U.S., and nearly a dozen European countries, signed the Treaty, the purpose of which was to unify and strengthen allied action against the threat posed by communist countries, particularly the Soviet Union. This included maintaining Canadian military presence in Europe, specifically in Germany. 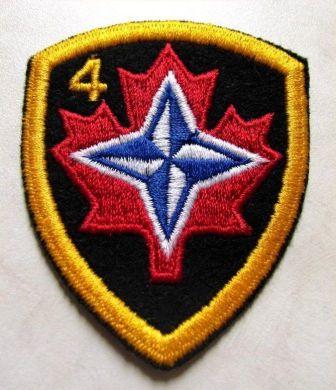 Initially, a rotation of varying Canadian brigades entered and left Germany every few years, starting with the 27 Canadian Infantry Brigade Group (CIBG) in 1951. They were replaced by 1 CIBG in 1953, 2 CIBG in 1955, and, lastly, the 4 CIBG in 1957. An amendment in policy allowed this brigade to stay stationed in Germany for years to come. Furthermore, while previous brigades had been minimally equipped, the 4 CIBG was heavily armoured and mechanized, boasting new and updated equipment including Centurion tanks and Ferret armoured cars. The early 1960s saw increased reinforcement with the addition of an Armoured Corps Helicopter Troop and their nine CH 112 Hiller aircrafts. At the height of its strength and power, the mid-60s, the mechanized brigade had ballooned to a size of 6,700 men.

However, it was not to last. A combination of budget strains related to maintaining overseas military presence, a new federal government, and shifting public perception about the threat of communism resulted in changes to Canada’s role in NATO. Prime Minister Pierre Trudeau launched an investigation into the role of the 4 CMBG, resulting in a significant cut to Canada’s military presence in Europe that intended to reduce the size of 4 CMBG by half. The brigade also lost its nuclear weapons capabilities. 4 CMBG was relocated and its role revised to that of a reserve supporting American or German forces.

General Sir John Hackett expressed his disappointment in the changes to 4 CMBG, stating he had “regarded the Canadian Brigade as one of the best elements in our front line defence,” to which it had now become “a third line, as it were, reserve capability in Lahr.” 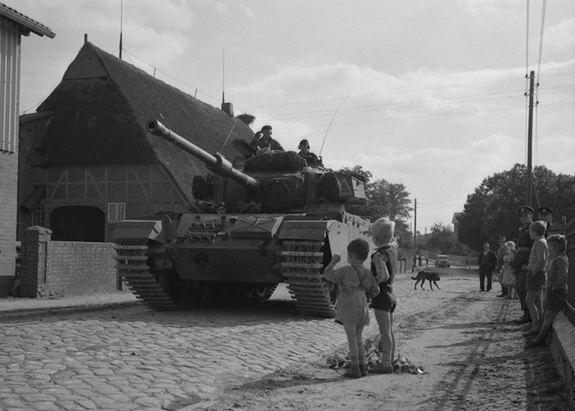 In the decades to come, the 4 CMBG would fluctuate in size with governmental and military budget changes but largely remained under-armed and unequipped to meet challenges. Following the fall of the Berlin Wall in 1989 and the end of the Cold War two years later, NATO’s primary focus would change from defense to collective security and peacekeeping. The brigade would be pulled from Europe and disbanded. For the duration of the Cold War, over 100,000 Canadians served in the military in Europe.

To learn more about Canada’s historic involvement in NATO and see a timeline of significant events, visit NATO’s webpage.

[1] This later became the No. 1 Canadian Air Group.