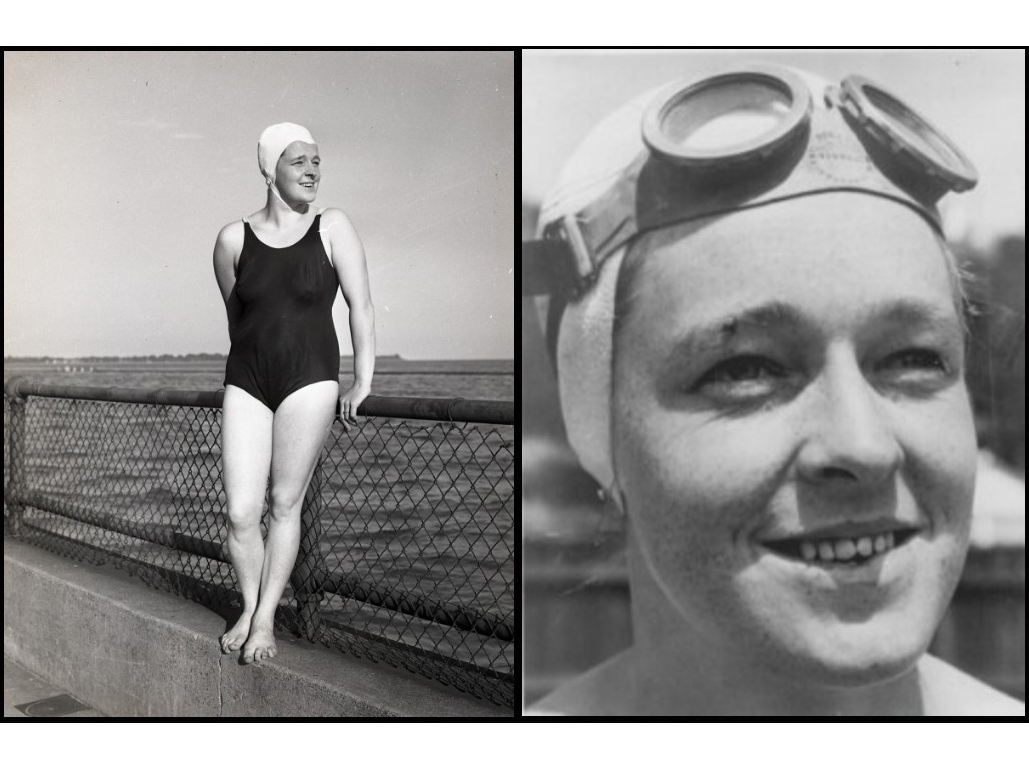 Winnie Roach-Leuszler was born in Port Credit, Ontario, in 1926. One of eleven children in her family, Winnie demonstrated great talent and skill as an athlete from a young age.

Winnie started swimming when she was three years old. At the age of nine, she won her first medal in a long-distance swim competition in her hometown. As Winnie grew older and stronger, her abilities continued to set her apart from the competition, despite the fact that she was often pitted against women many years older.

The year 1944 was a whirlwind of events for the 18-year-old Winnie. To start off, she traveled to Clementon, New Jersey, to compete in the Junior National 2.5-mile Swim Championship – she won it. Then, late that summer, she won 5 more races at the C.N.E. (Canadian National Exhibit) in Toronto, one of them while competing against a cohort of 11 male swimmers. Shortly thereafter Winnie was named as Canada’s all-round athlete of the year. Never backing down from a challenge, she decided to join the newly created Canadian Women’s Army Corps (CWAC) for the remainder of the Second World War.

The creation of CWAC was particularly monumental as it marked a shift in roles for women and allowed them to serve their country in a way that was traditionally reserved for men. Members of CWAC were taught military skills such as decoding messages, spotting aircraft, performing vehicle maintenance, range finding, and more. During her CWAC service Winnie competed often and won countless military sporting events.

After the war, Winnie went on to marry a member of the CAF (Canadian Air Force), Morris Leuszler. They had three children. In 1947, she won the five-mile World Championship swim in Toronto only three months after giving birth. In 1948, she won second place in the same swim competition while in the second trimester of pregnancy with her second child. 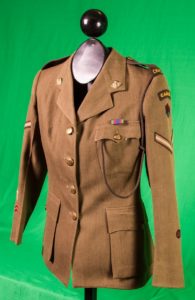 In 1951, Winnie made Canadian history when she became the first Canadian to swim the English Channel. It was a grueling feat that took her more than 13 hours in 9⁰C waters to accomplish. Even in the face of immense adversity, Winnie demonstrated the same courage and determination it had taken all her life to become one of Canada’s most accomplished athletes. Later that decade she took up baseball and soon became Canada’s first female umpire.

Winnie was inducted into the Canadian Sports Hall of Fame in 1996 for her multiple successes in swimming and baseball. In 1999, she was awarded the Order of Ontario and inducted into Ontario’s Swimming Hall of Fame. She died in Surrey, B.C. in 2004.

Main Photo: Winnie in her swimming gear. From Canada’s Sports Hall of Fame: Winnie swam the English Channel from Cap Griz-Nez in France to Dover, England. She was on a record time and could see her destination when the tides pulled her back out to sea. Despite this major set-back she persevered. “No matter how tough it is, I’ll never crawl ashore. I’m determined to walk ashore” (Credit: Canada’s Sports Hall of Fame).