Thomas Riley was born in 1898 to proud mother Harriet Waterhouse and father Ezra Riley. The well-off family lived on a ranch in West Hillhurst, Calgary, during the 1900’s. In 1910, the family donated land that became Riley Park; the Riley’s envisioned it as a place to play – a place for family.

Thomas became handsome and his athleticism bloomed as he grew older; he was also an honour student. In March 1916, the teenager decided to enlist and joined the 1st Battalion Canadian Mounted Rifles. Quickly, he was sent to Camp Hughes in Manitoba for training and within months, he was sent to Belgium.

Thomas Riley became a Lewis machine gunner in the 1st Battalion Canadian Mounted Rifles (1CMR) and eventually found himself at Passchendaele. Tragically, young Thomas went down on his first day participating in that battle. His company was in reserve during the first Canadian attack, but when the attack faltered, he and the 1CMRs were ordered forward. Riley was reportedly hit first by a sniper and then by shell fire.

Somehow following the confusion of battle, Thomas’ death was not officially reported back to the Riley Family. Several weeks later, the young lad’s uncle (an officer with the 31st Bn) discovered his nephew’s fate and informed the parents. It was not until late in the war that the Riley’s received an official death notice.

After the war, the family erected a cross over Thomas’ grave in Belgium. However, in 1922 they were officially informed that the grave did not contain the remains of their son and that he was officially listed as missing in action. Today, Thomas Riley’s name can be found on the Menin Gate in Belgium. Unfortunately, the 18-year-old has never been found.

To learn about Thomas and his family, check out the Riley fonds at the Glenbow Archives. 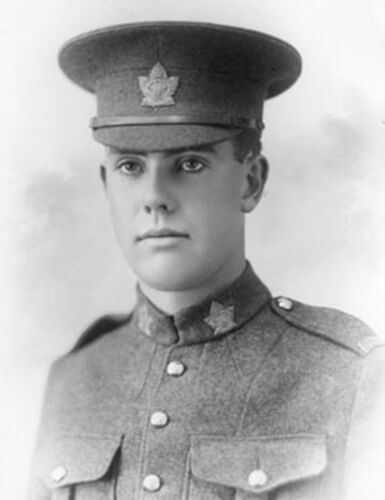