August 12, 1918: The Canadian government authorized the creation of the Siberian Expeditionary Force to intervene in the Russian Civil War; Canada was going to war with the Bolsheviks. This decision would turn out to be a mistake as the Allied intervention in Russian domestic affairs would compromise Soviet-Western relations for the next hundred years and lead to social unrest at home.

Of the four thousand Canadian troops sent to Siberia, seventy percent of them went unwillingly. They did not believe in the expedition and neither did Canada’s labour and farm unions who launched an active campaign to turn public opinion against the expedition. By the time the last Canadian troops set foot in Russia, the government had realized that the deployment was a bad idea. Consequently, authorization that would allow Canadian troops to experience active duty was withheld and as a result, very few Canadians took part in any combat. Instead, the Canadians spent the next seven months posted at the Russian vice-filled port Vladivostok.

Bored and homesick, morale plummeted as troops wondered why they were in Russia and when they could go home. Several troops mutinied and an entire section of the Canadian Field Brigade refused to obey orders in March 1919. A month later Canada began to withdraw her forces from Russia. 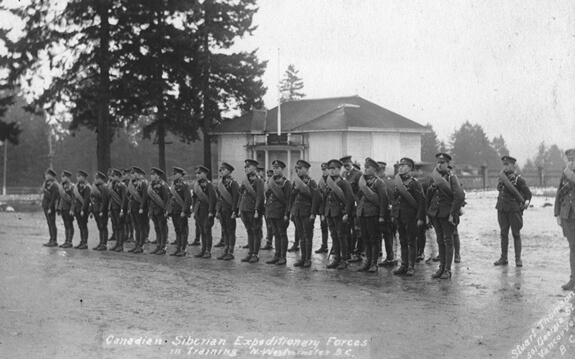 To learn more about the Siberian Expeditionary Force, check out this article in Legion Magazine.