June 1, 1916: The Battle of Jutland. The largest naval battle faced by Britain’s Royal Navy (RN) during the 20th century, it was instrumental to preventing Germany’s warships from attacking the vital seaborne lifeline between Great Britain and North America. Canadians were involved, although their enlisting as part of the RN makes it difficult to ascertain how many there were.

One such sailor was Engineer Lieutenant Stanley Nelson de Quetteville (photo: second from the right, standing). 36 years old at the time of the battle, he was aboard HMS Indefatigable, the first of its class of battlecruisers. He was completing his professional qualifications on the ship as part of the nascent Royal Canadian Navy’s (RCN’s) efforts at training a cadre of engineering officers. One of six original RCN trainees, he was one of two who were present at the Battle of Jutland. De Quetteville was, unfortunately, one of the 1017 crew members of the Indefatigable who perished when she was sunk by the German battlecruiser Vonn der Tann. Only two sailors survived the explosion and subsequent capsizing.

Although the battle saw more Royal Navy vessels sunk than their German counterparts, the RN adequately damaged the German fleet and forced it to return home. The German fleet, lacking the resources to ever out-build (and re-fight on better terms) the Royal Navy, was rendered tactically useless for the rest of the war, though one might argue its continued existence tied up a rather large amount of RN resources that could’ve been used elsewhere. 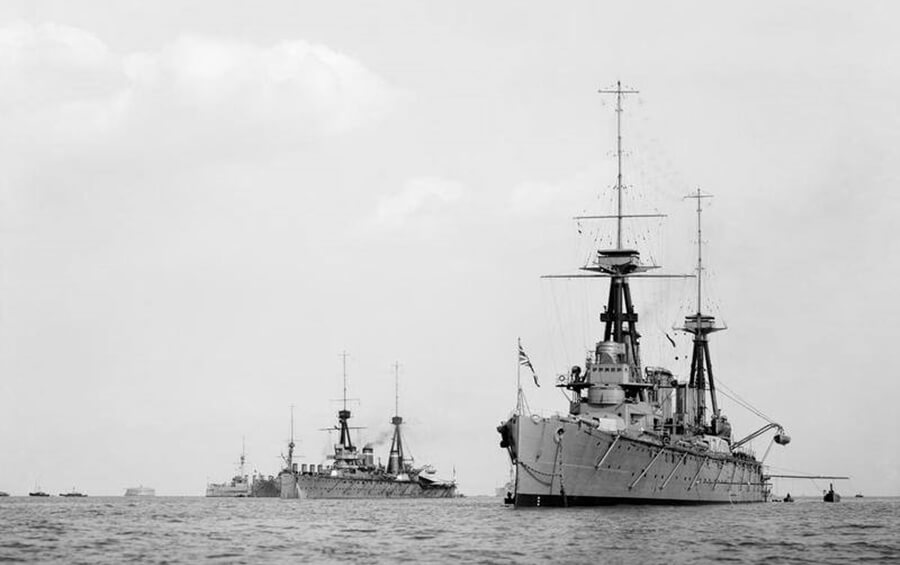 HMS Indefatigable (right) and sister, along with other ships of the RN. (Imperial War Museum) 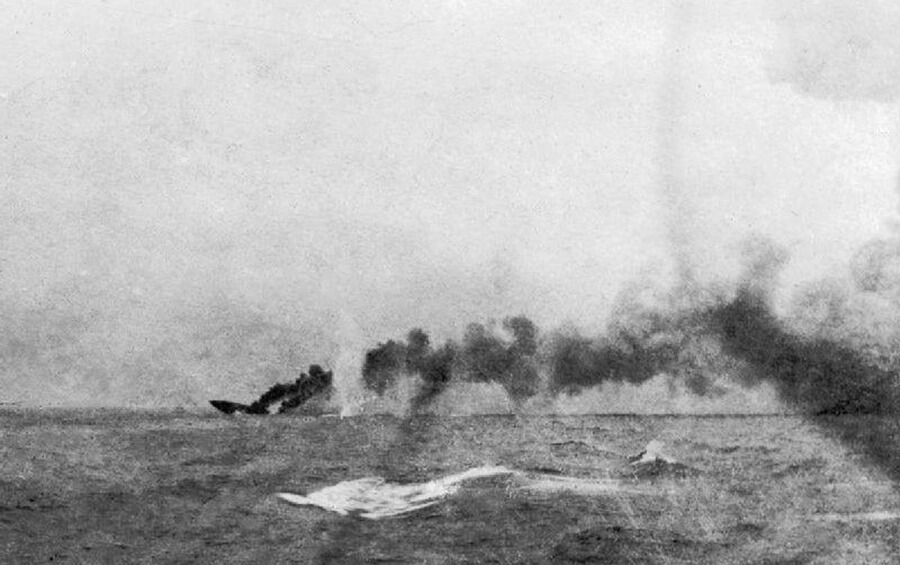 Main photo: The first group of RCN engineering officers, photographed on board our sole East Coast cruiser, HMCS Niobe. De Quetteville is standing, second from the right. (Photo and caption from the Canadian Naval Review, vol. 6 no. 1, p. 35)