In another Valour Canada article (see this), we discuss Constantine Smythe and the trophy he donated to the NHL. In this article we pick up his story again to look at a specific portion of his military career: The Second World War. It was during that time that Smythe was able to assemble an interesting group of men and form the 30th Battery of the 6th LAA Regiment, RCA (Light Anti-Aircraft). They became known as the Sportsman’s Battery. 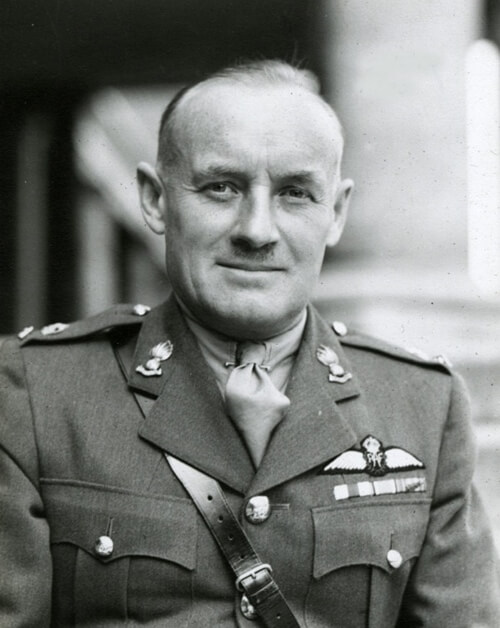 The battery became part of the Royal Canadian Artillery and was set for active duty on September 5th, 1941 thanks to Smythe’s sheer determination and the help from a few officers with previous experience. Now that the battery was official, recruitment would be required. This would prove to be an easy feat for the owner of the Maple Leaf’s; transfer requests from across the Canadian military started to rush in almost immediately. 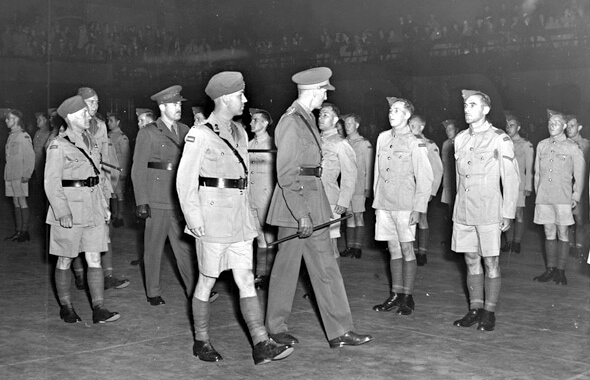 Notable athletes that would enlist with Smythe’s battery included: Jim Boeckh, one of Canada’s finest golfers of the time, and the Toronto Argonauts football star Don (Shanty) McKenzie. The Sportsman’s Battery would also attract a large portion of the Mimico Mountains, a lacrosse team that had just recently become Canadian Champions after having won the Mann Cup. The list of athletes continued to grow in 1941 and would include baseball, football, and hockey players, in addition to a few sportswriters.

After vigorous training and an extended stay in England, the battery would land in Normandy on July 9th, 1944, where they would immediately see action and sustain heavy casualties. On July 25th, just after dark, the Sportsman’s Battery would come under attack from a Luftwaffe raid that peppered Smythe’s men with incendiary and anti-personnel bombs. Smythe would be struck by a piece of shrapnel that night and his participation in the war would end. 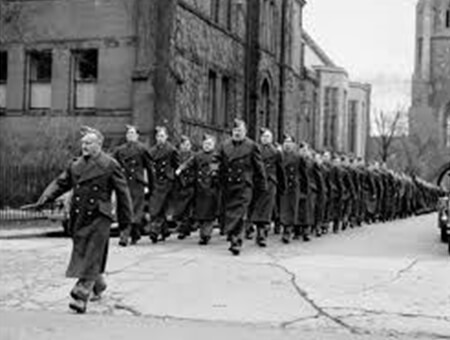 The Canadian Sports Hall of Fame features writeup about Smythe. To learn more about the Major’s military experience, check out Gunner.ca, or for a detailed and comprehensive description of Smythe’s life, visit Alchetron.ca.

How did WW1 and WW2 impact the NHL and how did NHL men, like Smythe, impact the wars? See OilersNation.

Main photo: Ted Reeve, a that time a writer for Toronto Telegram Sports, enlisting in the Sportsmen’s Battery at Maple Leaf Gardens, 1939. Note Conn Smythe on the right (Credit: Government of Ontario).