March 10, 2015: Sgt Andrew Joseph Doiron is repatriated, arriving in Trenton on board a C-17 transport. As always, it is absolutely inspiring to see so many Canadians line the overpasses on the Highway of Heroes to pay their respects; like them, we thank him for all he has done. May he rest in peace. 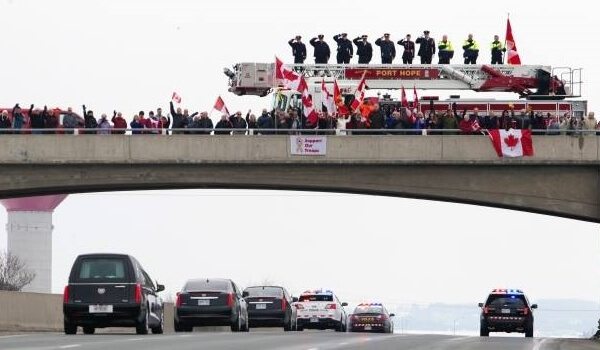 Part of our Canadian Special Operations Regiment training Iraqi and Kurdish forces in Iraq, Sgt Doiron was tragically killed in a “friendly fire” incident while his unit was moving towards the front lines on March 6, 2015. Despite informing the local forces that they would be returning that evening and having set up a series of identification signals, they were still mistaken for ISIS forces. It is uncertain as to why this misunderstanding occurred – the Canadian forces had successfully used their pre-arranged signals to bypass the first two Kurdish cordons, but it was at the third where they came under fire.

Sgt Doiron’s death is a poignant reminder that in war, there is always an element of risk. There are no ‘safe’ zones, and unlike the Western Front in the First World War, the front line is not clearly defined either, no matter how much we like to impose such deeply-ingrained concepts of war onto modern conflicts. 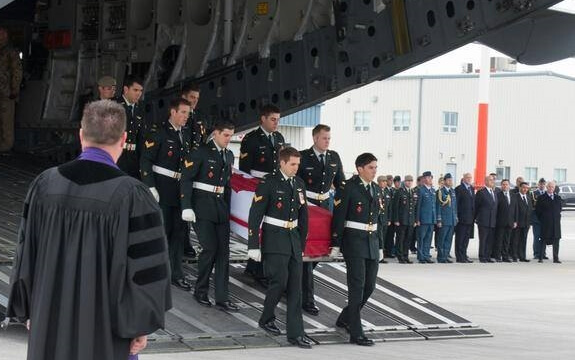 Sgt. Doiron being taken from a CF-17 in Trenton (Credit: Canadian Army Twitter).

To read more about Sgt. Doiron’s story, check out this CBC article.