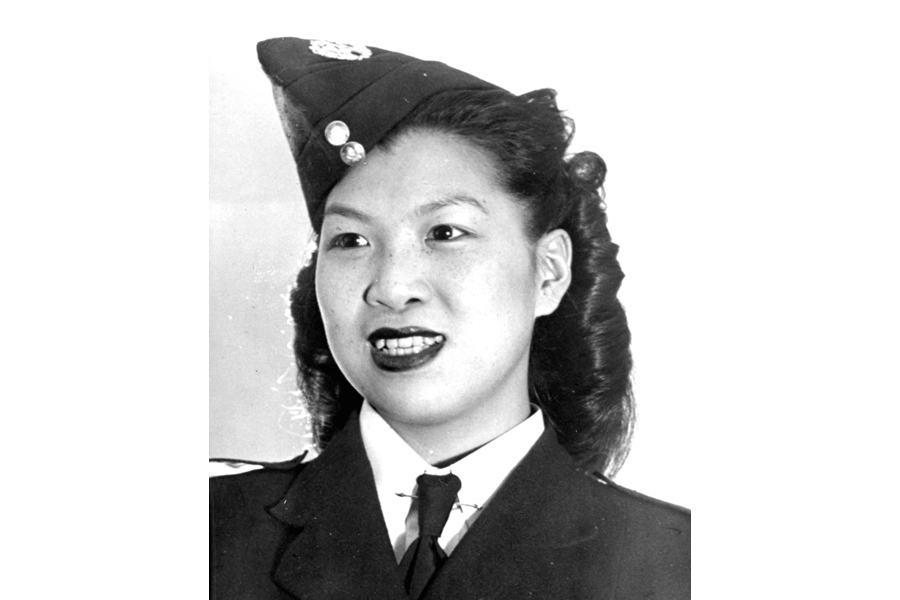 Peggy Lee’s father was one of the many Chinese migrants who travelled to Canada in the late 1800s to find work building the Canadian Pacific Railway. After the railway’s completion, Peggy’s family settled down in Prince Rupert, British Columbia (B.C.).

Following the bombing of Pearl Harbour during WWII, the small town of Prince Rupert burgeoned into a strategic military location with a factory and warehouse, shipyard, and multiple anti-aircraft batteries to protect against potential Japanese attacks. 19,000 people moved into the city to help with the war effort. For a time, Peggy worked at a salon and did many of the war workers’ hair. 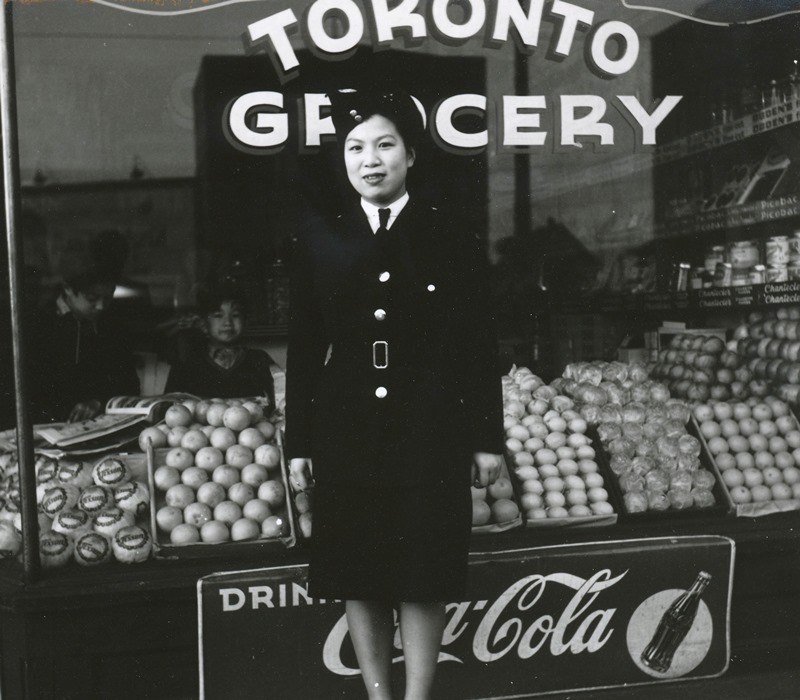 Peggy Lee in front of a grocery store in Toronto, Ontario, 1942 (Credit: The Memory Project).

One day, Peggy was approached by a friend who told her the military was creating a St. John’s Ambulance Corps. Eager to participate, Peggy decided to join. Peggy’s platoon was unique in that it was made up entirely of Chinese women, the first of its kind. Furthermore, Peggy was the youngest of the Women’s Ambulance Corps. She was trained in first aid and air raid protocols, as well as in delivering babies, home nursing, and preparing for blackouts. Peggy also knew how to firefight and stretcher casualties. Her Corps was prepared for a feared invasion of Canada by the enemy.

Peggy recalled some of the discrimination she and her friends faced while working in Canada. Although she did not feel discriminated against in Prince Rupert, she felt less welcome when she moved to Vancouver. Her services were often rejected because she was Chinese, and many people preferred the help of white volunteers even for menial tasks. 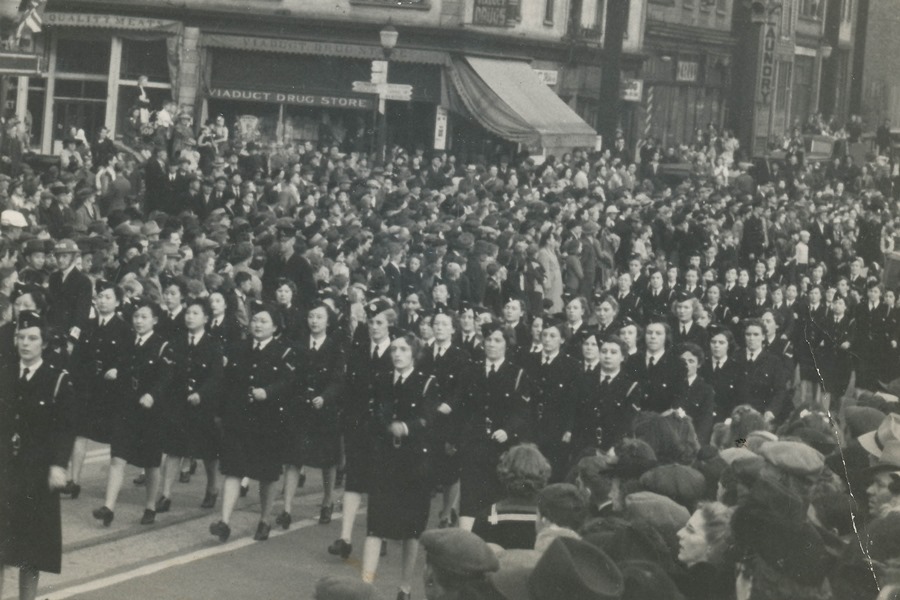 After the announcement of the end of WWII, Peggy Lee joined the celebrations on the streets of Vancouver. In 2018, Peggy was awarded the Medal of Good Citizenship by the B.C. government for her “generosity and service of selflessness.”

To listen to an interview with Peggy Lee, visit the Veteran Affairs Canada webpage or view this video to see Peggy Lee receiving the Medal of Good Citizenship.