On January 11, 2007, Master-Corporal (MCpl) Jody Mitic was only a month away from finishing his second tour of duty in Afghanistan. Shortly after 0400 hours he stepped on a landmine while leading his elite sniper team on a reconnaissance mission through an abandoned Afghan compound. He lost both his legs in the resulting explosion. MCpl Jody Mitic’s life as an active combat soldier was over.

Back in Canada he reunited with Sergeant Alannah Gilmore, one of the army medics that had saved his life, and focused his attention on recovering and finding a new way to serve his country. Within months he was running marathons and making media appearances to draw attention to the struggles faced by other injured soldiers. Jody Mitic and Alannah Gilmore’s work on behalf of wounded veterans made them the ideal recipients of Valour Canada’s 2015 General Sir Arthur Currie Award. 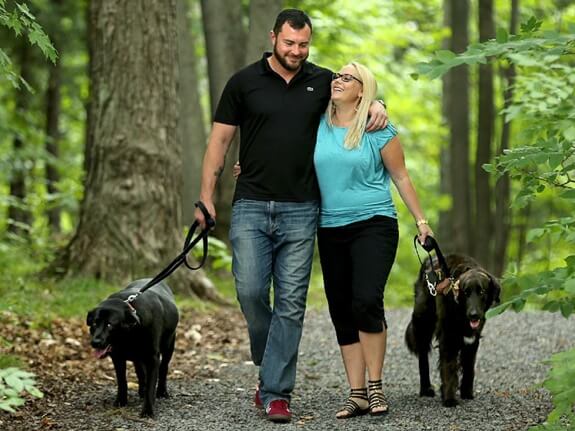 (inset): Jody Mitic and his wife Alannah Gilmore (one of the medics who saved his life after he was hit by an IED) (Credit: Ottawa Citizen).

Create your online business with the latest design trends