November 16th, 1885: One of the most controversial moments in our nation’s brief history. Louis Riel was hung for treason. The Northwest Rebellion had ended in the spring of 1885 with the defeat of the Métis and First nation insurgents.

One of the most bizarre moments during the campaign involved the paddle wheeler “Northcote”. The plan was to steam up the North Saskatchewan River to the Métis strong hold at Batoche and land the infantry crowded on the decks. Sandbags would provide protection from the Métis sharpshooters. 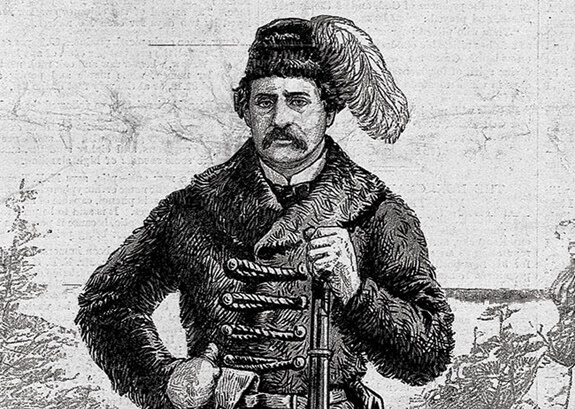 The steamer’s approach would coincide with a land assault from a force of 3,000 soldiers versus a few hundred Métis. The Métis general, Gabriel Dumont, raised the river ferry cable and it scythed off the Northcote’s funnel. Helpless the vessel drifted back down stream and the attack failed. Ultimately the sheer numbers of the Canadian forces and modern firepower, including artillery and a Gatling gun, overwhelmed the stubborn Métis defences.

Riel was eventually captured, tried, and hung at Regina in November of 1885. 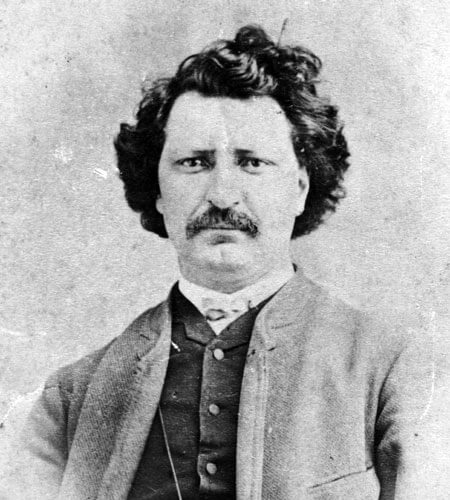 To learn more about Louis Riel, check out the Canadian Encyclopedia, and to explore the Northwest Rebellion, please see Canada’s History.

Main photo: Louis Riel and Councillors of the Provisional Government of the Métis Nation, 1870 (Credit: The Canadian Encyclopedia).