John George Pattison was one of four soldiers to earn the Victoria Cross at the Battle of Vimy Ridge in April of 1917. Pattison, a man courageous of heart, but small in stature – in fact, the first time he attempted to enlist he was denied because he was too short – went to war to protect his son. In the course of his adventure the man became a hero and was awarded our Nation’s highest decoration: the Victoria Cross.

Pattison, like many early Canadians, was an immigrant from Great Britain – Woolwich, England, to be exact, part of Greater London today. Arriving in Calgary in 1906, he was married with four children when he enlisted with the Canadian army on March 6, 1916, at the age of 40, making him one of the oldest recruits allowed to serve on the front lines. Serving with the 50th Infantry Battalion of the Alberta Regiment, Private Pattison never let his years hinder his performance – if anything, it only made him a better soldier.

On day two of the Battle of Vimy Ridge, the 50th Battalion – which had been held in reserve on April 9 – was ordered forward to capture the last remaining German stronghold. The initial attack was stopped by a German machine gun—but John Pattison refused to be defeated and charged.

“For most conspicuous bravery in attack”
(V.C. citation for Pte Pattison, London Gazette, no. 30215) 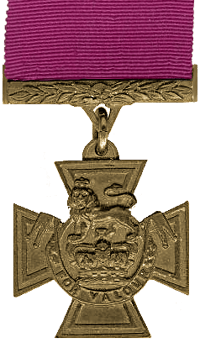 The Victoria Cross – note “FOR VALOUR”
The recipient’s name would be inscribed on rear of the upper bar containing the laurel leaves.

Recognizing the importance of removing the deadly obstacle, Pattison selflessly rushed forward, jumping from shell-hole to shell-hole across the field until he was within 30 metres of the machine gun position. Despite the crack of bullets flying around him, he remained unscathed as he hurled grenade after grenade into the machine gun nest, temporarily pausing the machine gun fire. Taking advantage of this, he rushed the remaining 30 metres to the machine gun, overcoming the five surviving Germans and capturing the position.

We will never know the source of Pattison’s courage and bravery – perhaps his younger comrades reminded him of his own children – but it suffices to say that Canada’s outstanding performance at Vimy Ridge may well have turned out differently were it not for Pattison. Sadly, Pattison likely never saw the award, the citation for which was only posted on August 2nd, 1917. Private Pattison was lost in action on June 3rd, just seven weeks after his Vimy Ridge exploit. While attacking a German-held generator near Lens, France, an artillery shell exploded near Pattison – a piece of shrapnel struck him and, despite the best First Aid efforts of his comrades, he perished shortly after. 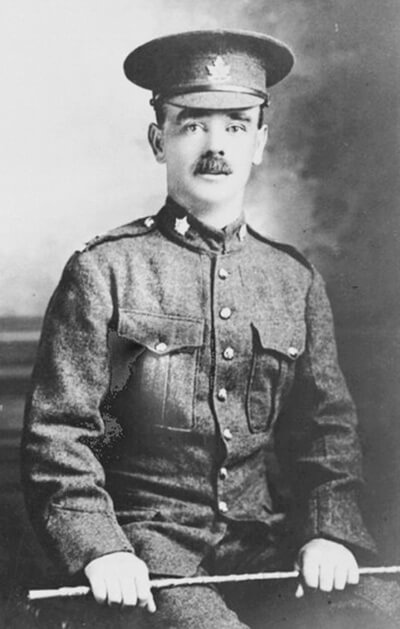 Pattison is buried in the La Chaudiere Military Cemetery, three kilometres south of Lens. In his honour, the Pattison Bridge in Calgary and the Mount Pattison peak in Jasper National Park have been named after him. 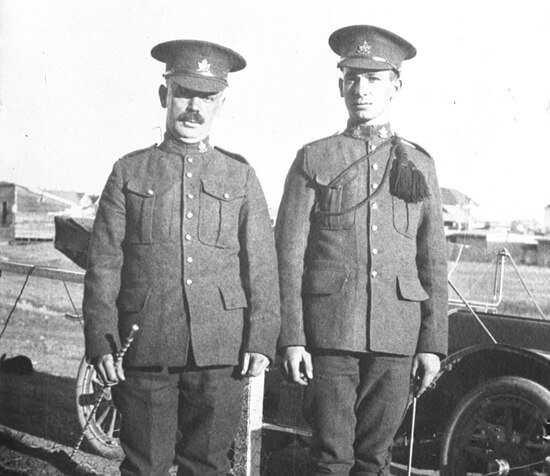 See our “Pattison: Road to Vimy” entry HERE or for the full citation of Pattison’s Victoria Cross, please see the official Government of Canada’s Directorate of History and Heritage entry.

Resources for Educators:
Click here for a Lesson Plan that explores Pattison’s story or here for a learning resource: John Pattison Q & A worksheet (Bloom’s Taxonomy).