Isabel May McDonald is known for her service in the Women’s Royal Canadian Naval Service (W.R.C.N.S.) from 1942 to 1945. The W.R.C.N.S., modeled after the unit of women serving in the British Navy (W.R.N.S), became known as the “Wrens” just like the British model.

Originally from North Bay, Ontario, Isabel studied to become a teacher prior to her service. After graduating from “Normal School,” or teachers’ college, she taught in small, northern Ontario towns. Deciding that she wanted a change of pace, Isabel quit teaching and enlisted in 1942. Shortly afterward, Isabel attended training for the “Wrens” in Galt, Ontario, and then in St. Hyacinthe, Quebec. During her time in training, she learned how to intercept and decipher radio messages, including the high-speed Morse code messages used by the Japanese, known as Wabun code. Once she completed her training, she was transferred first to Esquimalt, then to a listening post at Gordon Head – both Naval bases were located in Victoria, British Columbia. 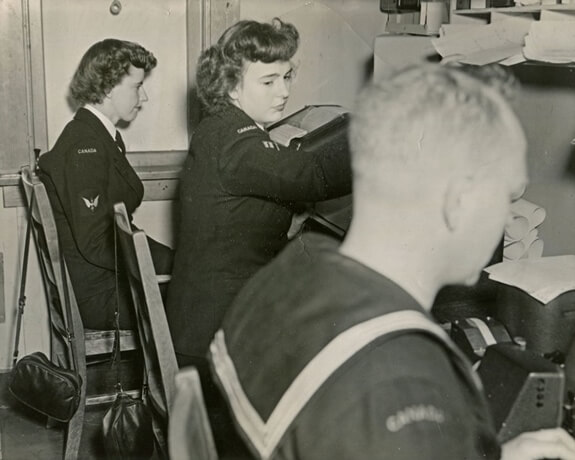 Ms. McDonald, on the far left, in the teletype room at Gordon Head (Credit: Military Communications and Electronics Museum Archive via The Globe and Mail).

Isabel and the other wireless telegraphers at Gordon Head were required to sign the Official Secrets Act, which required all military intelligence to be carefully monitored and kept discrete. Throughout her military career, she worked at a clandestine location and was transported to and from work in a canvas covered truck. At work, she would listen to her radio all night, decoding and monitoring Japanese Naval transmissions. She was a part of a large network of intelligence operatives, who were crucial to the Allied success of the war.

Beyond her service in the “Wrens”, Isabel was dedicated to preserving the memory of the fallen soldiers. In 1944, she used her professional typing skills to help her husband, Rudolph Mauro, with his memorial book dedicated to Royal Canadian Air Force (RCAF) airmen from the North Bay area who gave their lives in the war. Isabel left the Navy in 1945 after the war ended and returned to Ontario where she continued her education at the University of Toronto. 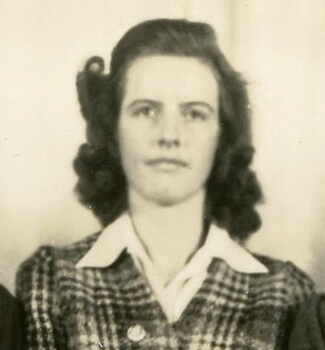 She passed away on August 22, 2018, just days before her 96th birthday. Her story is preserved by the Military Communications and Electronics Museum in Kingston, Ontario.

To learn more about the secret activities that occurred at Gordon Head, Jerry Proc’s site offers a ton of information.

Main photo: Isabel McDonald while working for the Pacific Coast outpost (Credit: Military Communications and Electronics Museum Archive via The Globe and Mail).