St. Croix was one of the ships acquired via the Anglo-American “destroyers for bases” agreement and was the former USS McCook. Outdated but still fast with good endurance, she and another destroyer were assigned to a position 10 miles in front of the convoy they were escorting, ON 113. A fortuitous move, this allowed them to catch a pair of U-Boats while they were still on the surface; although one escaped, U-90’s novice captain was not so lucky. St. Croix charged ahead, making three depth charge runs over the projected path of the now-submerged submarine. Some debris and oil slicks were spotted, but nothing major, so Lieutenant-Commander Dobson ordered his ship to carry out a fourth attack run. 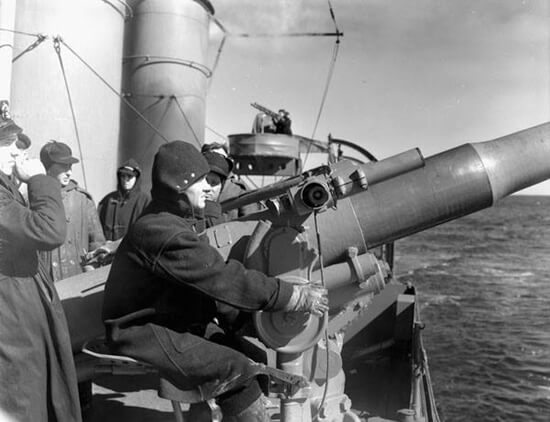 This was the blow that ended U-90’s short operational career. More debris appeared on the surface, including body parts – the gruesome evidence required by Allied headquarters to prove that the submarine had been permanently sunk.

But although U-90 had been sunk, she was operating as part of a wolfpack – eight other U-Boats were nearby waiting for ON 113. Fortunately, due to the low-visibility conditions of the North Atlantic and the disruption caused by St. Croix, the submarines only managed to sink two of the convoy’s ships: a fairly low casualty rate for an encounter in this period of the war. 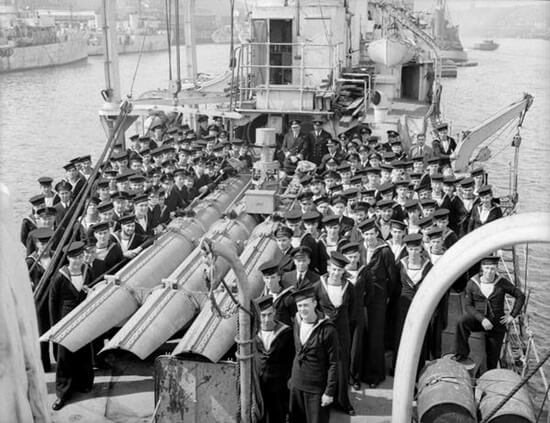 Commodore L.W. Murray congratulates the crew for their sinking of U-90 upon their arrival in St. John’s (Credit: Library and Archives Canada).

To learn more about the Battle of the Atlantic, check out the Government of Canada website.