July 19th, 1943 marks the commission of the HMCS Huron (G24/216), one of eight tribal-class destroyers in the Royal Canadian Navy; four were active during the Second World War and the Huron was one of those four.

In preparation for the Allied invasion of Europe, HMCS Huron was placed in the 10th Flotilla and was tasked with patrolling and clearing U-boats from the English Channel and the Bay of Biscay. On the 26th of April, 1944, the Huron would be called upon to assist the HMCS Haida in the sinking of German torpedo boat T29. Although she would be present on June 6th, 1944 for the D-day invasion, her next engagement would not happen for three days. Following the initial land invasion, the HMCS Huron and the 10th Flotilla would see action during the Ushant Naval Battle. After failing to run down German ZH1 and T24, the Huron would come across an already damaged destroyer Z32. Following a quick engagement, Z32 was run aground and stranded on Batz Island. 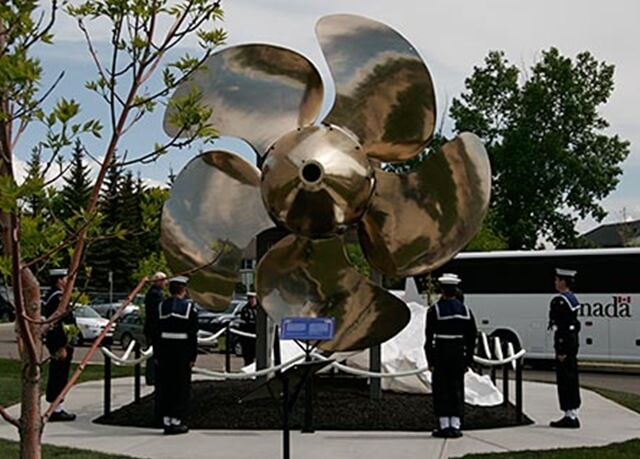 The Huron’s final two tours of action would come during the Korean War and on April 30th, 1963, she was finally dismantled in La Spezia, Italy. Years later, a second HMCS Huron (281) would be commissioned by the Royal Canadian Navy and would remain active until 2007. The propeller from the HMCS Huron (281) can be seen on display outside the Military Museums in Calgary, Alberta. 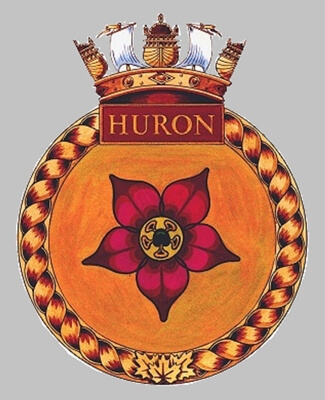