Shortly after supper on the evening of June 1, 1944, the final official meeting discussing D-Day preparations took place. The meeting, hosted by British Field Marshall Bernard Montgomery at his headquarters at Southwick, was attended by First Canadian Army commander General H.D.G. Crerar among others. His role in the planning of “Operation Overlord” was limited but still important.

A native of Hamilton, ON, Crerar served as an artillery gunner during the First World War and fought in the Second Battle of Ypres and at Vimy Ridge. A devoted Canadian nationalist, Crerar stressed the importance of morale and believed that “a soldier which knows how to fight and believes ardently in the cause he is fighting for, will win.”

While Crerar spent D-Day at military headquarters in England completing office work and monitoring the landings, the Canadian Third Division successfully captured Juno Beach and advanced further inland than any of their Allies.

Crerar went on to command the Canadian Army at Falaise, a portion of the Battle of the Scheldt, and during the Rhineland campaign. 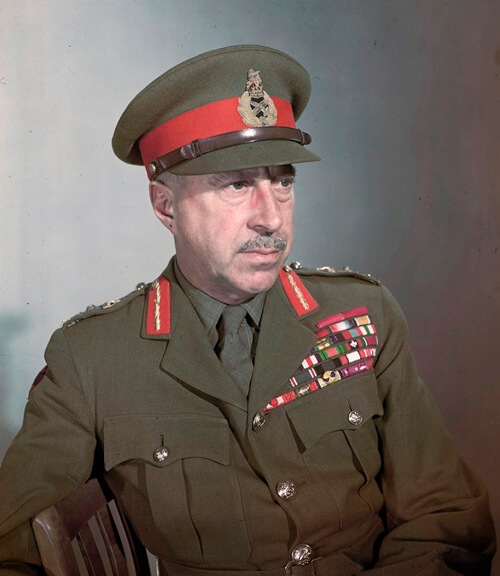 To learn more about General Crerar, check out the Juno Beach Centre, and to read his inspirational message to the Canadian Army on D-Day, please see this.

For General Crerar and his career, check out the Library and Archives.