June 24th 1943: Flight Lieutenant David Hornell flying a Canadian built Canso flying boat (our version of the venerable PBY) attacks and sinks a U-boat off the Scottish coast. For his bravery that day he receives the Victoria Cross – posthumously. Hornell flew with the Royal Air Force’s Coastal Command, stalking German U-Boats during the Battle of the Atlantic. He was the first four Canadian airmen to be awarded the Victoria Cross.

Born in Ontario in 1910, he was raised in Toronto. Enlisting in 1941 at the age of 31, he was at the upper age limit for air crew. He flew a PBY-5A Canso amphibious aircraft with the RCAF’s 162 Squadron, temporarily attached to Coastal Command and conducting anti-submarine warfare in the North Atlantic.

On June 24, 1944, he was on a patrol out of Iceland; his wireless gunner – Flight Sergeant Sydney Cole – spotted a sub in the distance and Flight Lieutenant Hornell turned to attack it. But the U-Boat had already seen the aircraft and the sub commander returned heavy and accurate anti-aircraft fire.

Just as he gained speed to attack the submarine, one of Flight Lieutenant Hornell’s guns jammed and two shells hit his aircraft, starting a fire inside the plane and knocking out one engine. Despite the chaos, he still managed to drop his depth charges and send the U-Boat to the bottom of the ocean.

After the Canso crash-landed into the rough and icy sea, only one of the two inflatable dinghies was serviceable. It was too small for everyone, so crew members took turns sitting inside or partially immersed in the water while clinging to the dinghy’s sides. Two of the crewmen died during their 21-hour ordeal. By the time the remaining crew were rescued, Flight Lieutenant Hornell was blind and completely exhausted; he died shortly after being picked up. He is buried in Lerwick Cemetery, located in Scotland’s Shetland Islands. 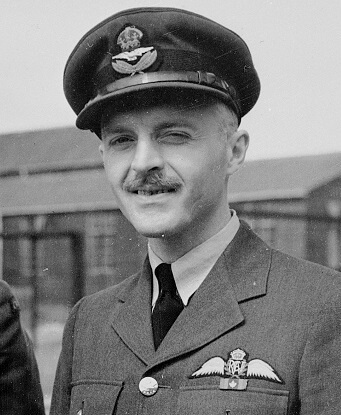