Commander Charles “Chuck” Mawer found himself as a midshipman on HMCS Haida in 1936, just one year after graduating from high school. He first served in staff operations. Then, as a gunnery officer he was responsible for maintenance of the ship’s battery until the end of the Second World War. HMCS Haida was a Tribal-class Destroyer. These destroyers had an emphasis on guns over torpedoes, and therefore would have required ongoing maintenance by a gunnery officer. Commander Mawer filled the role well and was awarded a Distinguished Service Cross on September 9th, 1944, for “good service in action of destroyer forces”.

HMCS Haida was one of 27 Tribal-class Destroyers that were commissioned for the Royal Navy, the Royal Australian Navy, and the Royal Canadian Navy (RCN) between 1937 and 1945 (this group was known as Afridi). Affectionately known as “the fightingest ship in the Navy”, Haida is famous for having destroyed the most enemy vessels out of any RCN ship. Haida was also a lucky ship; in her 20 years of service, she only lost two men. She is the only surviving Tribal-class Destroyer today and is preserved in Hamilton, Ontario, as a National Historic Site. 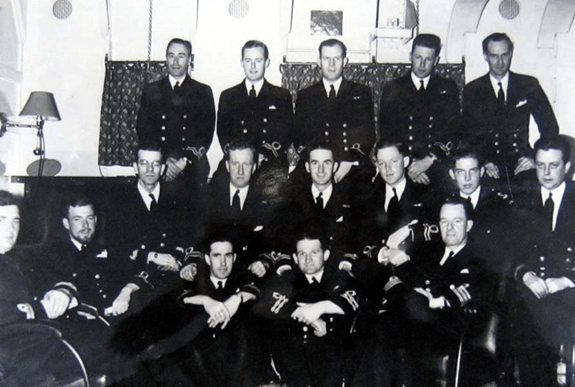 Commander Mawer and HMCS Haida began their service together in 1943, escorting convoys along the Murmansk run, a dangerous supply route from Scotland to Russia. The primary purpose of this immensely perilous route was to provide supplies to Stalin’s troops in Russia. Its political function was secondary: these convoys proved that Allied forces were committed to U.S.S.R. efforts on the Eastern Front. The route was dangerous due to the constant attack from the German Air Force and Navy, as well as the harsh arctic conditions. As a result, the loss rate for ships on the Murmansk run was the highest of any Allied route that was consistently travelled during the war. In December 1943, Haida and her crew received their first battle honour for assisting in the sinking of the German battleship Scharnhorst while in the waters between Scotland and Russia.

The following month, Haida and her sister Tribals, Athabaskan and Huron, were transferred to the 10th Destroyer Flotilla for operations along the English Channel, including the Normandy Campaign. In late April, Haida sunk a German destroyer, and within days of that battle, Haida and her sisters encountered two more German ships. Moments after they began the chase the Athabaskan was struck by a torpedo. Haida continued the pursuit, managed to drive one of the enemy ships ashore, and chased off the remaining ship. Immediately after, Haida and her crew returned to the sinking Athabaskan. All of Haida’s boats and heavy nets were used to rescue to oil-soaked crew of the Athabaskan. 53 men were rescued thanks to the work of the officers and crew on the Haida.

HMCS Haida continued on to avenge her sister ship. She covered the Bay of Biscay from surface attacks during the invasion of Normandy on June the 6th of 1944 and sank seven more enemy ships as well as a U-boat during the Normandy campaign. On the 24th of June 1944, one of Haida’s turrets was struck by a shell, causing the loss of two men. These were the only men lost throughout her service in the Second World War. 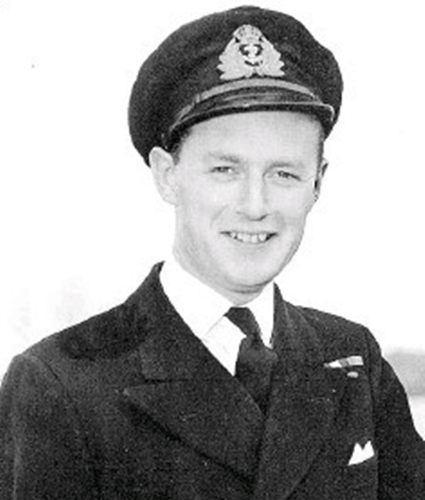 Haida ended the war just as she started it, escorting convoys along the Murmansk run. HMCS Haida was successful in her defense of convoy ships, her threat to enemy vessels, and her rescue efforts for the crew of the Athabaskan. Ultimately, her achievement as a Destroyer was unmatched and was only made possible by her crew and officers. Commander Charles “Chuck” Mawer played a crucial role in Haida’s success. Thanks to Commander Mawer and the crew of Haida, her legacy will live on for posterity.

Watch Valour Canada’s video about Commander Mawer and Haida below:

To learn more about Her Majesty’s Canadian Ship Haida, you can visit the National Historic Site or visit the Friends of HMCS Haida website.