Operating out of the Beny-sur-Mer airstrip near Juno Beach, Fox was in a Spitfire on a typical armed reconnaissance mission. In the late afternoon, he spotted a “large black open car…gleaming in the sun without any camouflage.” Banking into a steep left turn with wingman Steve Randall providing cover, Fox let loose with a short burst of well-timed 20mm cannon fire, catching the vehicle as it flashed through a small opening in the foliage lining the road.

The 20mm shells wounded the staff car’s driver, causing it to crash into a ditch a few hundred yards away. In the front passenger seat was the Desert Fox, German Field Marshal Erwin Rommel. The crash had made Rommel’s head slam against the frame of the windshield and given him a severe injury. Though not fatal, thanks to First Aid provided by the car’s other occupants, the attack knocked him out of the war.

Putting one of Germany’s top generals out of action would usually have been a cause of unbridled celebration. However, Charley had a knack for thinking of the larger picture. It was rumoured that Rommel had the allegiance of the majority of Germany’s generals should a disagreement with the Nazi leadership arise, and that Rommel may even have entered into direct talks with Allied General Montgomery to put an earlier end to the war. There was a reasonable chance that had Rommel remained in good health, the war against Germany may have ended earlier with less bloodshed. As a result of this “what-if” scenario, Charley Fox, after finding out he had been responsible for Rommel’s fate, “never felt comfortable about the attack”. 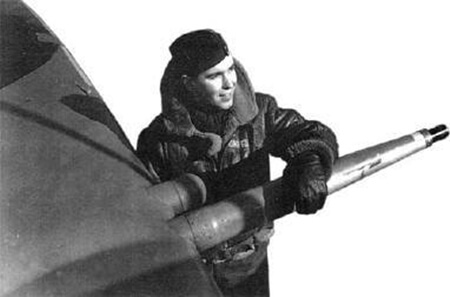 Charley Fox next to his Spitfire (Credit: Spitfire Emporium).

After the war, the grieving mother of one of Fox’s predeceased comrades came up to Charley and asked, “Why my son and not you?” In response to this event, Fox worked to ensure the stories of his fellow veterans would not be forgotten; he also attended and spoke at many events. In 2008, Charley wrote a book called “Why Not Me?”. He passed away at the age of 88.

To learn more about him, check out the Comox Air Force Museum.