October 30, 1917, Battle of Passchendaele: Private Cecil John Kinross single-handedly charged a German machine gun position in broad daylight over open ground with no equipment other than his rifle and a bandolier of ammunition. Successfully taking out the six crew members of the gun, this bold move enabled his company (some hundred or so soldiers) to advance 300 metres and hold a key position. Kinross was later awarded a Victoria Cross for his actions and Mount Kinross in Jasper is named in his honour.

Kinross’ success is perhaps representative of the changed character of so-called “modern” warfare. With the advent of machine guns and high explosives, there was no place on the battlefield for massed numbers of troops all advancing at the same time. Instead, the best chances of success would be had by smaller, more flexible units capable of evading notice and requiring less substantial sources of cover. To do this requires fairly high mobility. In fact, one can argue Private Kinross recognized this in his decision to divest himself of the majority of his equipment prior to his advance. 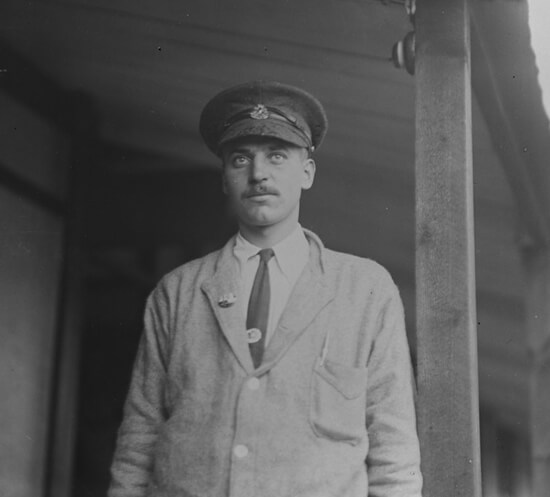 Like many of the Canadian Corps’ triumphs in 1917 and 1918, Canada’s success during Passchendaele was made possible by the numerous heroic acts by men working within these small units. The fact that Passchendaele saw one of the highest numbers of Victoria Crosses awarded in a single battle (so-called “Passchendaele Nine”) is illustrative of this.

To read a great (but sad) article that tells of Kinross’ life after the war, click here. View his Attestation Papers here.