In 1996, the Canadian National Defence Recovery Team traveled deep into the jungle of Myanmar (formerly known as Burma) to recover the bodies of six Canadian airmen killed during the Second World War. The trip reminds us that there were many Canadians stationed in places other than Europe and Africa during the fighting.

An estimated 8,000 Canadians served in Burma during the Second World War; five hundred lost their lives battling Japanese imperialism. Most of these men served with the Royal Air Force (RAF).

The RAF was primarily responsible for supplying the Allied ground troops with supplies in Burma. Myanmar’s mountainous, jungle terrain made ground transport a logistical nightmare and forced the troops to rely on regular airdrops. However, it also meant that Canadian pilots were forced to fly in heavy rain and low cloud coverage during Burma’s five-month-long monsoon season, conditions that would ordinarily leave a plane grounded. It was one of those flights that led to the engagement of the 1995 Recovery Team mentioned earlier. Many Canadian pilots were also tasked with defending military bases from Japanese attacks and often engaged in fierce dogfights during major Allied offensives.

One Canadian who served on the ground was Fred Kagawa. After being rejected by the RCAF due to his Japanese heritage, Kagawa was later recruited and trained as an interpreter by the Canadian Intelligence Corps. In Burma, he was assigned to the Psychological Warfare Broadcasting Unit in Rangoon where he spent his days translating Allied propaganda into Japanese to undermine enemy morale. On August 14, 1945 Kagawa was finally able to announce that Japan had surrendered and that the three-year-long Burma Campaign was over. 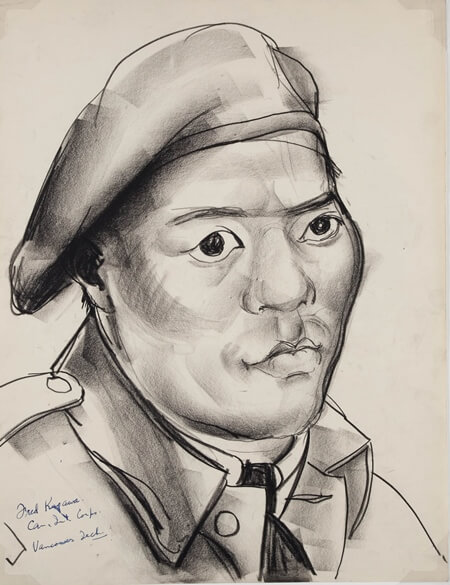 For more on the Canadian National Defence Recovery Team and their 1995 mission, see Canada’s National Film Board documentary, “Lost Over Burma: Search for Closure”.

This Global News creation: “Discovery of Second World War plane in Burmese jungle brings closure to Peterborough family”, tells of a recent development in the story.