On August 10th, 1914, Andrew Hamilton Gault, a Boer war veteran, was finally able to commission his own infantry regiment. The Canadian Government only agreed to grant Gault the privilege for two reasons. First, he was able to supply the necessary funding, and second, the World was on the Eve of the largest war it had ever seen. This Montreal businessman would supply $100,000 to help raise and equip the battalion. In today’s dollars, that would be equivalent to almost $2.5 million out of his own pocket.

With the funding in place, all that was required was a name. It was then decided to name the regiment after Princess Patricia of Connaught, the daughter of Canada’s Governor General at the time. Patricia not only gracefully accepted this honor, she also would stitch the regiment’s colours herself. Thus, the Princess Patricia’s Canadian Light Infantry (PPCLI) was born just in time to participate in the First World War.

Gault would go on to appoint himself second in command of the regiment. Soon thereafter he would accompany his new regiment overseas. Gault remained at his post overseas until he lost his leg later in the war. For the remainder of his service, Gault would be made an Honorary Colonel, a title he held until his death in 1948. 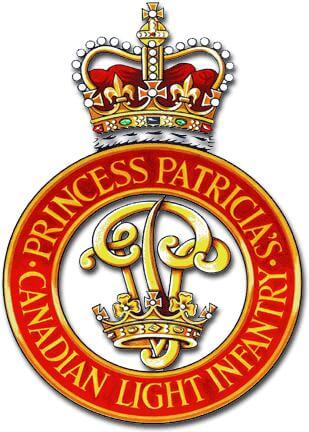 Badge of the PPCLI.

Today, active members of the Princess Patricia’s Light Infantry are stationed globally in places like Latvia (a NATO mission). They also help domestically; they were a key player in the fight against the 2017 forest fires in British Columbia. They continue to bravely serve our country at home and abroad.

To learn more about Gault and the PPCLI, visit Canada.com’s The Great War.

Main photo: Princess Patricia of Connaught and what looks to be Andrew Hamilton Gault inspecting the troops (Credit: PPCLI Archives).