UN Flight 51, taking off from Beirut, Lebanon, towards Damascus, Syria, was carrying out a routine resupply mission. On board the CC-115 Buffalo were 5 crew members and 4 military passengers. All aircraft on such missions had very specific flight corridors that they must fly within – there are no indications that this flight was any different. Indeed, the cockpit had received confirmation from Syrian air control that they could proceed into Syrian airspace.

However, shortly afterwards, a surface-to-air missile (SAM) struck the Buffalo’s tail. With smoke pouring from the fuselage, Buffalo 461 fell into a controlled descent. In the hands of an experienced pilot, the aircraft may well have made a successful crash landing, saving the lives of those onboard.

But the pilots never had a chance. A few minutes later, after the aircraft had fell some 5000 feet, two more missiles were fired at it. One struck the left wing, and the other in the main cabin, destroying the aircraft and killing all on board. 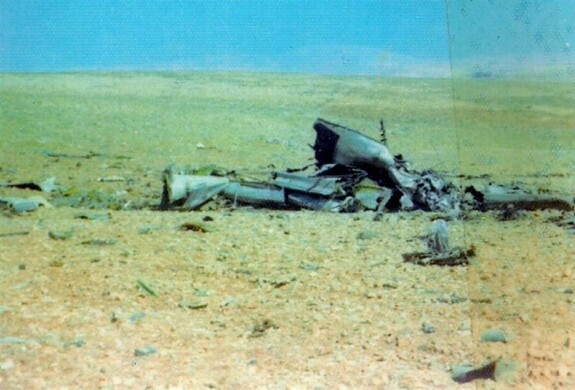 During the investigation, the UN was faced with nothing but interference from the Syrian government and the investigators were unable to conclude as to whether the Syrian air defence forces carried out the act deliberately or not. With tensions on the border with Israel running high, the SAM operators may have mistaken the Buffalo for an enemy aircraft – at around the same time, an Israeli F-4 Phantom had entered neighbouring Lebanon’s airspace, possibly putting the Syrian forces on high alert. On the other hand, Syrian forces may well have done it deliberately to draw attention to Israeli overflights of Syrian airspace.

Luckily for the investigators, an employee at the United States Embassy had witnessed the whole event including the launching of the projectile. However, to this day, the Syrian government refuses to accept any responsibility for the attack on August 9th, 1974.

In the decades since, several efforts have been made to commemorate Buffalo 461’s crew and passengers. Calgary, AB, is home to Buffalo Park, where the 9 personnel are commemorated around an old Buffalo propeller. In Ontario (Hamilton), the Canadian Warplane Heritage Museum has a restored Sudanese Buffalo, repainted into the colours of Buffalo 461 on the day she was shot down. The Canadian government has also declared August 9 to be National Peacekeepers Day. 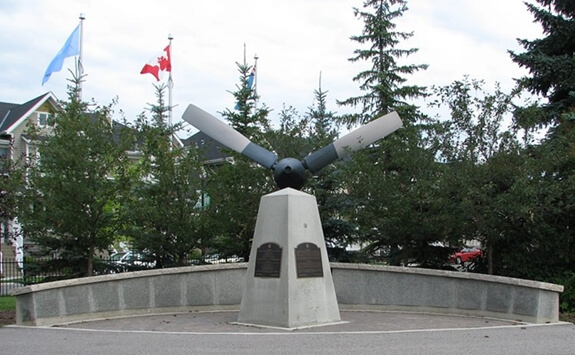