Nichola Goddard’s death in 2006 hit Canada hard. A “daughter of Canada”, there was no shortage of news coverage on the 17th Canadian combat death in Afghanistan. In the years since, dozens of tributes to her life have been established around the country – some as simple as the memorial plaque in her former high school, some as large and complex as an entire Coast Guard ship carrying her name for decades to come. Many of the initiatives that have taken place in honour of her memory were and are led by the Nichola Goddard Foundation.

At the University of Calgary, the Captain Nichola K. S. Goddard Memorial Scholarship was set up for applicants coming from any of the following groups: citizens of Papua New Guinea (where she was born); First Nations, Inuit, or Métis (people with whom she spend so much of her early years); and citizens of Afghanistan (where she died). At the University of Prince Edward Island, a similar scholarship was established for those seeking to conduct a project related to indigenous peoples both in Canada and abroad. As well, the Canadian Islamic Congress has the Nichola Goddard Scholarship in Peace and Conflict Studies, a scholarship set up to promote the peaceful resolution of political conflicts. 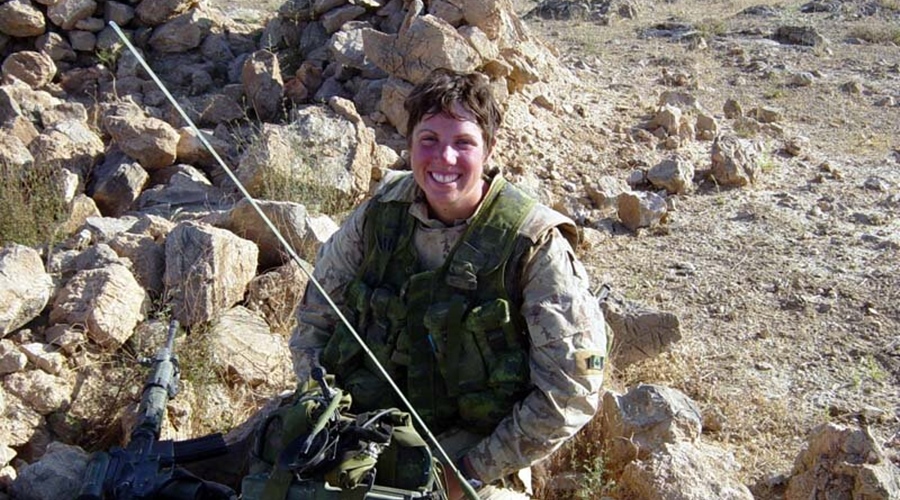 Back in Calgary, the new Captain Nichola Goddard School in Panorama Hills houses a Grades 4 through 9 middle school. In Sault Ste Marie, Ontario, where Captain Goddard’s grandparents reside, a park near an elementary school has been opened in her name. At the Royal Military College in Kingston, the Captain Nichola K. S. Goddard Memorial Sword is presented to the top artillery senior cadet in the fourth year of their Regular Officer Training Plan.

In the Canadian Coast Guard, Captain Goddard’s spirit will live on as the CCGS Captain Goddard M.S.M., last of the nine new Hero class Mid-Shore Patrol Vessels (MSPVs) currently being built by Irving Shipbuilding in Halifax, Nova Scotia. At 43m long, these ships are capable of operating up to 120 nautical miles from shore, and will enforce our country’s maritime regulations, enhance maritime security, as well as quickly respond to any maritime emergencies. The CCGS Captain Goddard is expected to be commissioned in 2014, and will serve for decades to come.

Captain Goddard’s sacrifice also served as the inspiration for the Canadian rock band The Trews’ 2010 single, Highway of Heroes. Nichola was a schoolmate of several of the band’s members and the song is a tribute to all the fallen soldiers who returned home via Highway 401 between Canadian Forces Base Trenton and Toronto.