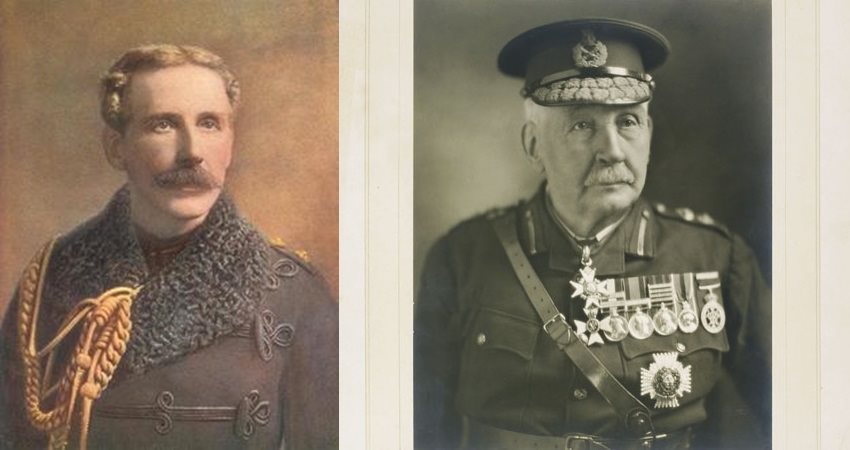 Lieutenant-Colonel William D. Otter (1843-1929) was a lifelong soldier of Canada and is generally considered Canada’s first professional soldier. Though he experienced setbacks early in his career, his discipline and determination saw him quickly rise through the ranks to become a respected and decorated General.

Born to English immigrants near current-day Clinton, Ontario, Otter first worked as a clerk before joining the Non-Permanent Active Militia (NPAM) in Toronto in 1864. The NPAM was a part-time volunteer military force that was formed in the 1850s. Two years later, he defended Canada against the Fenians during the Battle of Ridgeway. Unprepared for the attacks, the Canadians suffered many casualties at the hands of the Fenians. For more information about the Fenian Raids, see our article. 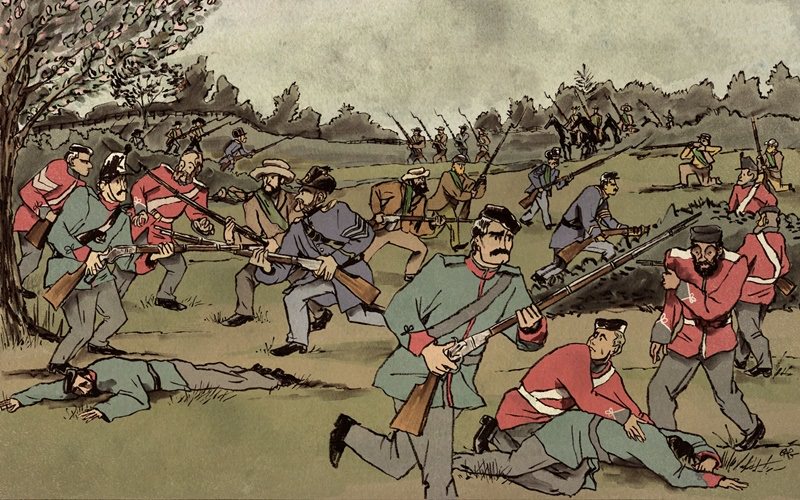 In the early 1880s, Otter joined the Permanent Force as a professional infantry officer. In 1885, Otter assisted in the Northwest Campaign, which was an attempt by Canadian soldiers to suppress Indigenous and Métis resisters, including Louis Riel, who were dissatisfied with the Canadian government. Otter led a military force that was sent to protect the town of Battleford, Saskatchewan, from attacking Indigenous warriors. Although unsuccessful, Otter was able to escape with his life.

Despite his losses, Otter remained a respected soldier. In 1893, he rose through the ranks to become Commanding Officer of the Royal Canadian Regiment of Infantry. He was later selected to lead the first Canadian contingent in the South African War (1899 – 1902, more commonly known as the Second Boer War), and it wasn’t until Otter’s heroism during the Battle of Paardeberg that the British side experienced their first significant victory. See our Battle of Paardeberg article for more detail. Otter’s Battalion was considered one of the best infantry battalions in South Africa throughout that conflict. 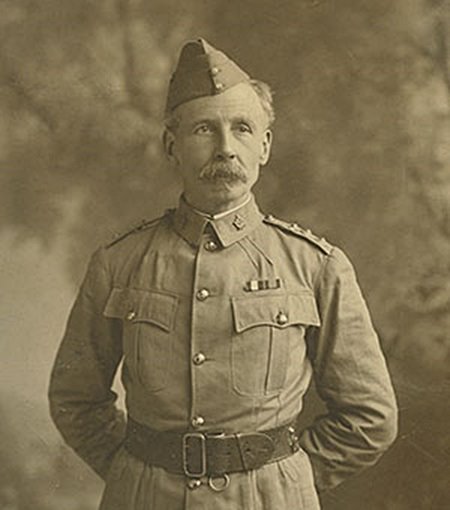 In 1908, Otter was offered a British brigade and the rank Brigadier-General, but instead, he decided to pass up the opportunity in order to be eligible to become a Canadian Major-General (1912). Though ripe for retirement prior to the commencement of the First World War, Otter refused to step down and provided his years of expertise to aid in internment operations of suspected enemies. His efforts were rewarded. In 1922, Otter became the second Canadian to attain the rank of General, after Sir Arthur William Currie.

Biographi.ca’s William Dillon Otter article has a very detailed account of “the Father of the Force”. See our Second Boer War article for additional information about the South African War.